Son of famous British film director John Boorman Charley Boorman is a travel writer, TV presenter and actor who has cultivated a media career in his own right.

Known for his love of motorbikes, Charley Boorman has worked as a TV presenter for a variety of documentary series but is probably most well-known for the series Long Way Down and Long Way Round in which he travelled on a motorbike alongside his friend and Hollywood actor Ewan McGregor.

Boorman is a fan of motorsports and extreme travel, many of his exploits as a TV presenter have involved travelling to or through exotic and dangerous locations or by unusual and unorthodox means of transport; his popular series By Any Means sees Boorman travelling from Sydney to Tokyo via the Pacific Rim using whatever transport is available.

Boorman has stated plans to work with McGregor on a third Long Way series, though a date has yet to be set. Outside his work as a TV presenter Charley Boorman has also appeared as a contestant on the reality TV series Masterchef where he competed against former model Jodie Kidd.

Contact the Champions Speakers agency to book Charley Boorman for your event today. Simply call a booking agent on 0207 1010 553 or email us at agent@championsukplc.com for a free quote. 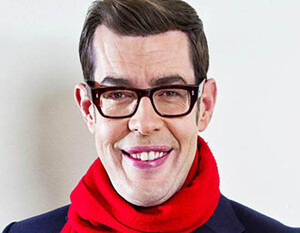