New Zealand born rugby speaker and former All Black’s Captain Anton Oliver is an experienced and talented sportsman who boasts success from the earliest moments of his career. The son of former All Black player and fellow rugby speaker Frank Oliver Anton’s rise to Captaincy of the New Zealand national team heralded him as the heir to the once great Sean Fitzpatrick.

Beginning his professional playing career aged 17 Anton Oliver captained the New Zealand Under-19 team just years into his career, beginning his work as a rugby speaker and team leader at a young age helped cultivate in Oliver a sense of determination and ambition, and it came as no surprise when he went on to skipper for the New Zealand Colts and later Captain the Highlanders.

Anton Oliver’s first game as an All Black came in 1995 when Laurie Mains picked Oliver to fill in as Sean Fitzpatrick’s back up for the Bledisloe test against Australia.

Beyond his work as a rugby speaker Anton Oliver also boasts a successful academic career, accepted to the prestigious Oxford University following his retirement from professional rugby, Oliver garnered a degree in environmental policy, an area which he remains passionate and frequently appears at academic conferences and after dinner speaker events discussing the topic.

Alongside this Anton Oliver holds a number of other academic qualifications including university degrees in finance, health science and physical education. With an extensive and varied background Anton Oliver is an ideal sports speaker for those interested in rugby, physical health and health science but is similarly well suited to after dinner speaker events that focus on the environment and creating sustainable industry.

Contact the Champions Speakers agency to book Anton Oliver for your event today. Simply call a booking agent on 0207 1010 553 or email us at agent@championsukplc.com for a free quote.

When at corporate events, Anton is known to cover the following topics: 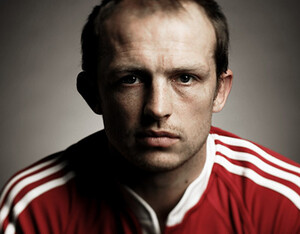