An instantly recognisable face, Ann Widdecombe has been on the front lines of British politics for over 20 years and is a popular personality with the public. The former MP has also been on TV shows including Big Brother and Strictly Come Dancing. Available to hire as a speaker she shares her vast knowledge and takes questions on different topics from the audience.

Ann studied at Birmingham University and the University of Oxford. After completing her studies, she worked for Unilever and London University. In 1976 she began working as a Councillor on Runnymede District Council before she contested the seat of Burnley, halving Labours majority. She ran for the Plymouth Davenport in 1983 but again was unsuccessful. In 1987 she was elected as an MP for the constituency of Maidstone. Ann remained as an MP for over 20 years until she retired from politics in 2010. During her time as an MP, she served as the Parliamentary Under Security of State for Social Security, the Minister for Employment and the Minister for Prisons. When Labour was in power Ann acted as the Shadow Home Secretary and the Shadow State for Health. Although she retired in 2010 Ann remained vocal supporting the remain campaign in the EU referendum and the leadership campaign of Andrea Leadsom. She returned to politics in 2019 as a candidate for the Brexit Party. She became a Member of the European Parliament for Southwest England and was named on the committee for Civil Liberties, Justice and Home Affairs. She held these roles until the UK left the EU. She also ran unsuccessfully as a candidate in Plymouth Sutton and Davenport.

Away from politics, Ann competed on BBC’s Strictly Come Dancing lasting 10 weeks on the hit show and in 2018 she was runner-up on Celebrity Big Brother. Her other TV appearances include Celebrity Antiques Road Show, The Crystal Maze, Songs of Praise and Doctor Who. In 2011 she starred in Snow White and the Seven Dwarfs and later appeared as the Evil Queen. She was also the Empress of China in the pantomime Aladdin at the Marina Theatre. An accomplished writer she has published seven books, including Strictly Ann – The Autobiography. Her long career has seen her named a Dame of the Order of St Gregory the Great by Pope Benedict XVI, awarded an Honorary degree from Birmingham University, and named Honorary Fellow of Canterbury Christ Church University.

Available to hire as a speaker, Ann Widdecombe is a fantastic choice for any audience. With a vast knowledge of modern issues, Ann hosts informative discussions that are littered with anecdotes from her career, making for an engaging and enjoyable event for everyone in attendance. 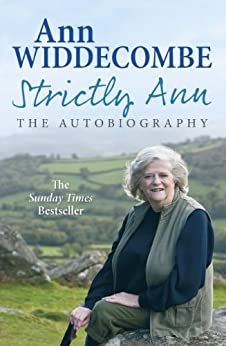 How to hire Ann Widdecombe

Contact the Champions Speakers agency to provisionally enquire about Ann Widdecombe for your event today. Simply call a booking agent on 0207 1010 553 or email us at [email protected] for more information.

"Ann received a 100% excellent review. One delegate commented that Ann was the best speaker she had ever heard." - The Centre For Sheltered/Supported Housing Studies

"Thank you for all your help and advice in booking Ann Widdecombe to speak to our U3A on ‘Life after Westminster’. The afternoon was a great success and the talk extremely entertaining and well delivered. Ann was very well received and appreciated by all the members who attended." - Phil, Hertford & District U3A