Alex Alley is a world record holder and world champion sailor. Away from sailing, he is known for being the co-author of Boat t Boardroom and working with businesses on improving leadership and performance. As a speaker, his engaging and open discussions call on the similarities from his time as a sailor and how the skills he learned can be used in the corporate world. Able to motivate teams to take their work to the next level and help leaders improve their skills, Alex is a great choice as a business speaker.

Best known for his sailing career Alex has set several records in his career. He was a crew member for the global challenge in 2004 and later won the World Championship representing England. Since then, Alex has gone on to captain superyachts and race yachts in a number of elite events. He has also set three sailing world records. He holds the world record for the time taken to sail the length of Britain, time taken to solo sail around the Isle of Wight and the outright time taken to sail the Isle of Wight. In 2018 Alex set off to try and break the world record for sailing solo non-stop around the world. He pushed himself and his boat to the very limited, having to rebuild both his autopilot and water maker throughout his journey. Unfortunately, after 75 days alone at sea and 14,500 miles, he was forced to abandon his record attempt. Despite this very few people have spent more time alone at sea than Alex and overall, across his sailing career he has covered over 150,000 nautical miles.

Away from his sailing career, Alex has had a successful career. He co-authored Boat to Boardroom, which demonstrates the similarities between sailing and the world of business. He has also taken the skills he learned as a sailor and has used them to support others. He is the Director of Velocity Made Good, a firm that supports organisations with leadership skills and overall performances through a variety of talks, workshops, and sailing experiences. Alex is also a qualified Adventure Psychology Practitioner and helps plan water-based adventures and expeditions helping teams plot weather routes and providing general sailing advice.

Available to hire as a speaker, Alex Alley is perfect for helping motivate staff, improve leadership and overall performance. He talks openly and honestly about his career as a sailor, and the skills he needed to achieve his three world records and a world title. He makes every talk unique and inspires the audiences to tackle adversity to ensure they achieve their goals and perform at the very highest level. He also provides them with advice to improve leadership skills, making for a long-lasting impact. 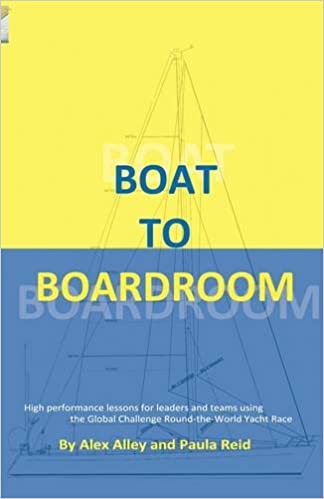 How to hire Alex Alley

Contact the Champions Speakers agency to provisionally enquire about Alex Alley for your event today. Simply call a booking agent on 0207 1010 553 or email us at [email protected] for more information.

See what people had to say about Alex when he appeared at their corporate events:

“Alex has the most extraordinary leadership skills. He has an innate way of understanding what is required to motivate the team at any given moment with his unending optimism and energy. Alex has my enormous respect. I have lead teams and facilitated large groups and have never seen it done better." - Sharon, British Airways Executive Club

"(Alex’s) presentation style is impressive, a mix of adventure stories, hardship, success, setback and the one over riding message that you should never, ever, give up. Alex was an inspiration to our team, and whatever challenges we face there was motivation and techniques to help succeed for all of us." - John, Newnet plc

"Alex was an enthusiastic and engaging speaker, bringing to life the trials and tribulations of the Global Challenge. His talk was very interesting with some great stories and anecdotes. Moreover, he made it relevant to our business need with the theme of "challenge" cleverly interwoven into his talk. The group found him very motivational and took away some useful learning’s. A terrific speaker who can be highly recommended." - Commercial Analytics Team, GSK

"Excellent yet again. This is the second time I have heard Alex speak, and it is still just as impressive and the lessons are still just as powerful. Again the audience has left inspired and fired up"  - Financial Director, Scottish Power, Centrica/BG Group

“I want to thank you for an excellent contribution to the (Leaders) Forum workshop last week. The amount of questions at the end of your talk and the rest of the evening shows how much you provoked thinking and how enjoyable it was. The workshop was a great success as evidenced by feedback from the CD leaders themselves, both verbal and in the ratings at the end. You contributed significantly to this success & we really appreciate your efforts to make this a success. The feedback from your session was very positive and I think everyone will remember your high sea adventures for a long time (and also apply your principles).”  - Anne, AstraZeneca

“Alex showed a special combination of practical skills, teaching ability and above all calmness under pressure when leading his team through tough conditions. I would recommend him to anyone who is seeking an exceptional person to help develop leadership and motivational skills as well of course his undoubted ability in a sailing boat."  - Rob, National Crime Squad

"Probably the most motivated and positive person I have ever met."  - James, Unilever UK Foods

"What an excellent presentation. Alex was confident, interesting and as inspirational as the subject he was presenting. He captured the attention of the audience with his warm personality and held it throughout; a truly motivational speaker"  - Sue, HM Revenue and Customs