Neil Back MBE: After Dinner Speaker 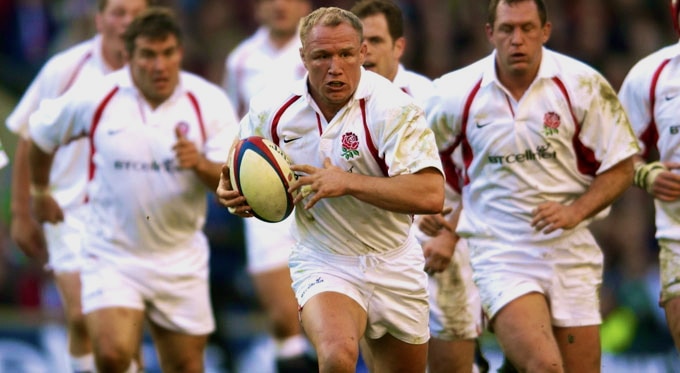 With the Rugby World Cup now in its knockout stages, we are a step closer to finding out who will win the Webb Ellis Cup this month. Each of the quarter-finals will be tussles between the Northern and Southern Hemisphere, with South Africa, New Zealand, Argentina and Australia taking on Wales, France, Ireland and Scotland.

There is one notable omission from the octet that makes up the quarter-finals, however. England, the home nation, will not be taking to the pitch again after they fell to defeats in a very difficult pool containing the Wallabies and the Dragons

England’s lacklustre performance on their home turf this year follows on from their lukewarm 2011 display in New Zealand, which saw Martin Johnson’s charges fall in the last eight against eventual finalists France.

Just a few years back, England were all-conquering, reaching two World Cup finals and winning outright in 2003. Sir Clive Woodward’s title-winning squad was a perfectly blended and well-drilled team, with many talented individuals gelling together to make the ultimate rugby ensemble.

Flanker Neil Back MBE was one of England's outstanding players during the tournament, scoring two tries along the way and ending his career on a high with victory over host nation Australia in the final. The cornerstone of defence and a key connection in launching attacks, he made more successful tackles in the tournament than any other player.

Renowned for his passion, dedication and incredible skill on the pitch, Neil has earned his place in history as one of the most recognisable and influential English rugby players of recent times, and as a result is the perfect choice to appear as an after dinner or motivational speaker at your sporting event.

To book England legend Neil Back MBE as an after dinner speaker with the Champions Speakers agency, please fill in our online form today or call us on 0207 1010 553. Alternatively, view our selection of Rugby Speakers.