A co-founder of Innocent Drinks, Richard Reed formed a company based on very simple principles of fresh fruit, smoothies and vegetable pots. From this modest beginning, Reed has created an international company and a globally recognised brand. A business guru and wonderfully adept after dinner speaker, Richard is a terrific choice for any corporate or social event. 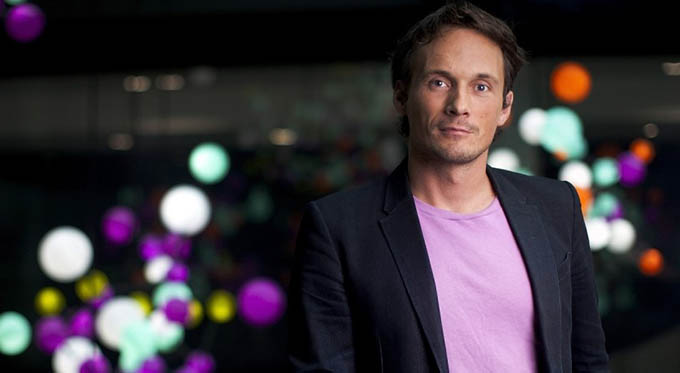 Describing how Innocent came to be during his talks as a business management speaker, Richard tells audiences of setting up the firm with two friends from university. After a rigorous six months of testing, Innocent Drinks was launched at a music festival to huge acclaim. The popularity of the drinks led Richard and his co-founders to leave their jobs the very next day.

Just over a decade later and Innocent Drinks is a business that makes hundreds of millions of pounds a year. Reed’s success was highlighted with Coca Cola buying the three co-founders stakes in the company in 2013. Richard enjoys telling his story of success based on simple foundations, with an ethos of hard work and creativity as a basis of the firm’s growth.

If you'd like to book Richard Reed to make a personal appearance at your corporate event, function or conference, simply contact the Champions Speakers agency by filling in our online contact form or by calling a booking agent directly on 0207 1010 553.