Award winning rugby referee, Wayne Barnes has been an icon of the game for over two decades. Seen to be enforcing the rules of one of the world's best loved sports at every major event, he has garnered the respect of worldwide fans and players alike. Integrity, leadership and a fair-minded approach have ensured Wayne Barnes was highly respected in his position as a referee, and as an after dinner speaker, he shares his stories from his time in the thick of the action of world famous matches.

From the World Cup, to the Six Nations, Pacific Nations Cup to the English Premiership, Wayne Barnes has been the man in charge of enforcing the rules at the top levels of world class rugby. Garnering a reputation as a fair but firm referee, the respect he has earned is evident in every match he has overseen. In 2013 he sent off a player in the English Premiership final, being the first ref to ever make a call of it’s kind and he acted as common ground for legendary face-offs between Wales and Ireland. An iconic man of the sport, Wayne Barnes has presided over matches in a professional capacity for fifteen years.

Having always had a passion for rugby, and playing since aged eight, Wayne Barnes took up referring at only fifteen years old with the Gloucester & District Referees. After transferring to the London Society of RFU Referees whilst at university, Wayne became the youngest ever referee to be appointed to the Panel of National Referees and made his professional debut in 2005. In the early days of his career he was often found as the authority at Under 21 matches whilst he still honed his craft, and from the outset, Wayne has balanced his role as a referee with his career as a barrister.

Ending his refereeing career on a high, Wayne Barnes’ last match was watched by the world as he officiated the 2019 Tokyo World Cup bronze final. Hanging up his whistle for the final time, Wayne Barnes received praise from every corner of the globe as one of the sport’s best loved authorities. At the World Rugby Awards in Japan, after the final had been won, Wayne was awarded the World Rugby Referee of the Year Award, in recognition for his commitment to the rules of the game.

A man that lived, breathed and influenced the action at some of rugby’s most famous matches, Wayne Barnes has a wealth of anecdotes to tell as an after dinner speaker from his time involved in the game.

Contact the Champions Speakers agency to book Wayne Barnes for your event today. Simply call a booking agent on 0207 1010 553 or email us at agent@championsukplc.com for a free quote.

"Wayne was absolutely brilliant. One of the best speakers I have heard over many years of attending events like these. He definitely stole the show!" - Cokethorpe School 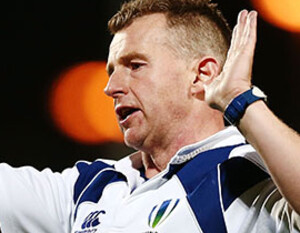 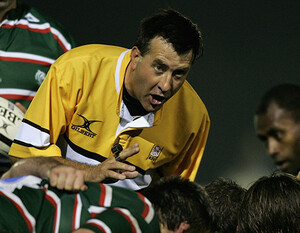 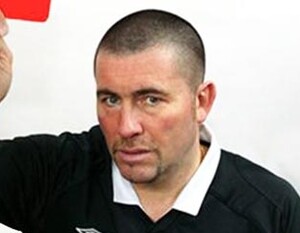 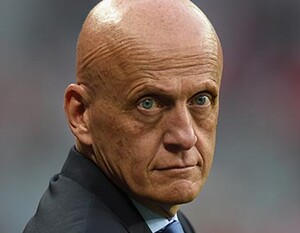