One of the nation's favourite comic personalities, Rufus Hound, has built a career for himself as a leading comedian and TV presenter. Initially contributing to coverage of the Glastonbury Festival and Top of the Pops in 2005 and 2006, Hound went on to become a stalwart fixture as well as widening his scope as an accomplished presenter. When booked for events, Rufus entertains audiences with his experiences as a comedian and television star.

In 2000, Rufus decided to leave his job as an account executive and began his professional career in comedy and television. His first hosting event was at Glastonbury Festival which led to several further opportunities. After joining the panel as a team captain on the show Argumental in 2008, Hound began to feature in the British public’s viewing schedule more often, appearing on Celebrity Juice and The Apprentice: You’re Fired. Now moving into the West End and feature-length productions, Rufus' talents are seemingly endless, with every undertaking adding to his repertoire as a hilarious comedian and TV Presenter.

In aid of Sports Relief, Rufus Hound took part in 2010 Let’s Dance for Sports relief and secured first place with his rendition of Cheryl Cole’s Fight for this Love. He also supports many other charities, including CMV Action UK and Childline. Rufus has been able to spread positive messages throughout his career in the public eye and will continue to support these charities that aim to make a positive change throughout the community.

Rufus Hound has built an incredible career for himself and has been successful throughout his many different ventures. Using the experiences he has gained through his journey in comedy and television, Rufus has been able to polish his skills as an event host, ensuring the events or conferences run smoothly whilst he interacts and engages with guests in between features. 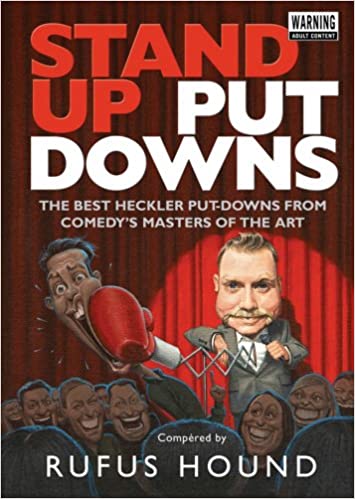 How to hire Rufus Hound

Contact the Champions Speakers agency to provisionally enquire about Rufus Hound for your event today. Simply call a booking agent on 0207 1010 553 or email us at [email protected] for more information.