Creator of the renowned Mulberry brand, Roger Saul is a business genius and wonderful retail speaker. In 1971 he created Mulberry with a £500 21st birthday present from his parents. Over the next decade he grew the business as both designer and entrepreneur to be one of the leading accessory designers in the country. Throughout the 80s Roger developed Mulberry into a brand that became synonymous with English style and opened shops throughout Europe with both ladies’ and men’s RTW collections. In the 90s he launched the Mulberry Home collection, for which Mulberry was again awarded the Queen’s Award for Export.

In 1996 he successfully floated the company on the AIM market of the stock exchange. During his 30 years at the helm, Mulberry became one of the most successful British fashion brands in the world. In 2003, following a prolonged battle, Roger relinquished control of the company. As a retail speaker, Roger talks of how to appeal to consumers in a luxury market, as well as the need to create exclusivity and aesthetic appeal in order to appeal to correct target markets.

In 1996 he opened the award winning Charlton House Hotel in Shepton Mallet, Somerset. This was primarily intended to promote the Mulberry Home Collection, however, it quickly became an exciting business in its own right. As one of the first fashion designers to take this route he was awarded a Michelin star in his first year. Charlton House has been described by Hip Hotels as a top 25 hotel in the world as well as Giles Coren calling the establishment “the best hotel in the world”. As a business speaker, Roger describes his transition from a  pre-eminent figure in fashion to a hotelier, restaurateur and ethical businessman and the differences between the two corporate worlds.

Since his departure from Mulberry, Roger has completely reviewed his life and refocused his priorities. Purchasing Sharpham Park in 2004, a 1000-acre farm and deer park around his home, Monty and Roger have set about restoring it to reflect a historic, mixed economy farm managed in accordance with modern principles of sustainability. Here they produce their own organic food that is sold both through their farm shop at and the Kilver Court Café and nationwide through Waitrose, independent farm shops and restaurants. A fully working organic food producer and estate, Sharpham Park are a leading breeder of Hebridean Sheep, White Park Cattle and Manx Loghtan, as well as a producer of a host of walnuts and ranges of spelt products. A fantastic keynote speaker, Roger’s diverse and extensive career allows to talk on a number of topics and tailor his content to a client’s brief accordingly.

In 2008 Roger launched the Sharpham Park Farm Shop and Kilver Court, an amazing location in Somerset with secret gardens and a wellness centre. Kilver Court offers a whole range of experiences including weddings, gardens, a plant nursery, events and designer sales. The need to innovate and regenerate produce is stressed during talks from roger as a retail speaker, as he believes offering consumers new choices keeps them attached to any brand.

Until recently Roger exercised a strong passion for Historic Motorsports. Racing an Alfa Romeo P3 1934 racing car, in which he had many successes winning, amongst others, the 2005 Porto GP, Brooklands Trophy and Irish GP. Sadly this all had to go when Roger realised that inevitably his new career in sustainable farming was completely at odds with using a gallon a mile! He is now a director of EV Cup, which is about to launch the first electric car series in the world.

A fantastic personality to act as a keynote speaker for conferences or to deliver talks as an after dinner speaker, Roger is sure to compel and engage guests with his intriguing story of success and the finer details of a life in retail. 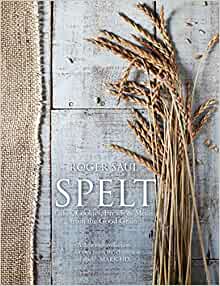 Spelt: Meals, Cakes, Cookies And Breads From The Good Grain 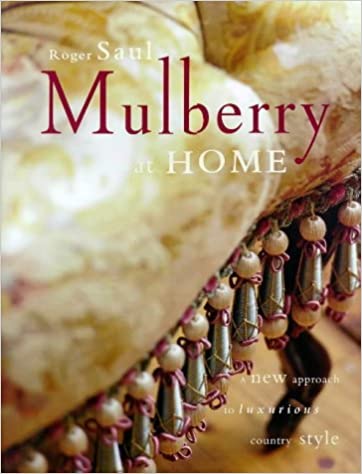 Mulberry At Home: A Decorator's Guide To Creating The Look

How to hire Roger Saul

Contact the Champions Speakers agency to provisionally enquire about Roger Saul for your event today. Simply call a booking agent on 0207 1010 553 or email us at [email protected] for more information.

When at corporate events, Roger is known to cover the following topics:

Amazing, what an entertaining, inspirational speaker, well worth getting up for on my day off!
Heather Walton - Brilliant Red