The first Scottish boxer to have held a title in three weight divisions, Ricky Burns is a success story in reaching goals and achieving dreams. Known for his impeccable sportsmanship, he has won world titles through his determination and unrivaled talent. Not limiting himself to the ring, Burns has become a popular keynote and after dinner speaker, favored for his inspirational message and approachable nature.

Making his professional debut in Scotland in 2001, Burns prevailed after four rounds with a victory over Woody Greenaway, making his mark as a tough component. Another seven consecutive wins, inlcuding an intense match against the previously unbeaten Colin Bain, had Burns named as one to watch and a rising star in the ring. A couple of early defeats proved an opportunity for Burns to show his sportsmanship, labeling the losses as good experiences, the young boxer was praised for his positive and respectful demeanor.

Reaching the pinnacle of his career, after securing and defending the Commonwealth Super - featherweight Title, in 2008 Burns was ranked as number one in the World Boxing Organisations official rankings. Gaining weight over and over again, no challenge was too difficult for the Scot and he amassed three major top titles between 2010 and 2017: WBO Junio Lightweight, WBO Lightweight, and WBA Super - Lightweight.

Set to chase big fights in 2020, Burns has so much promise as a young athlete and will continue to strive for success, with more fights on the cards. Currently putting his time into training, Burns is ensuring he upholds his impressive record which currently stands at fifty two professional fights with forty three wins. Recently named as the fourth best Scottish Sporting Star of the Decade, he has become a role model to many for his drive, perseverance, and dedication.

A boxing legend in his own right, Ricky Burns chooses to share his stories of overcoming hurdles and peak performance through his lived experience as a sportsman. Proving inspirational to many, Burns speaks honestly about the rises and falls of his career and most importantly how he remained resilient throughout. With the topics he covers being beneficial to individuals and businesses in equal measure, Ricky Burns is an ideal choice as an after dinner speaker.

Contact the Champions Speakers agency to book Ricky Burns for your event today. Simply call a booking agent on 0207 1010 553 or email us at agent@championsukplc.com for a free quote.

When at corporate events, Ricky is known to cover the following topics: 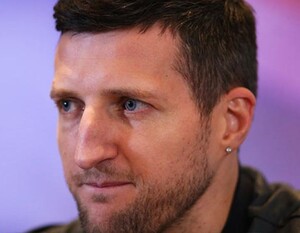 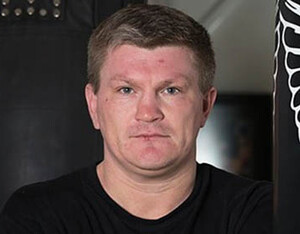