With a need for speed unlike any other, Richard Noble OBE has nerves of steel. The British entrepreneur held the land speed record for a staggering 14 years, between 1983 and 1997, a testament to his innovation and determination. With six world speed records under his belt, Richard has dedicated his life to pushing the boundaries of human ability, despite the ever-present danger that stood in his way. When Richard wasn’t travelling 633 miles per hour, he was the Project Director on the ThrustSSC. Responsible for the vehicle that currently holds the land speed record, Richard’s speeches discuss his time both behind the wheel and at the helm of the pioneering project, which reached speeds of 763 mph.

Before a pinnacle role creating the ARV Super2 in 1984, an innovative, lighter British aircraft fitted with the Hewland AE75 engine, Richard invested his attention in the Thrust2. Fast-forward to the Black Rock Desert in Nevada, he reached 633.468 miles per hour in the incredibly powerful vehicle, setting the world land speed record. Since breaking his own record with the ThrustSSC, which reached 763 miles per hour, Richard has worked closely on the Bloodhound Project and Bloodhound Education, as well as ventured into the small aircraft market.

In celebration of his achievements, Richard was awarded an honorary Doctor of Technology by the University of the West of England, in 2010. Releasing Thrust: The Remarkable Story of One Man's Quest for Speed, Richard’s 1998 debut novel, and Take Risks! in 2019, audiences everywhere have travelled from far and wide to hear first-hand his incredible story. As a speaker, Richard has presented at events worldwide, as well as provided insightful Q&As and interviews. With over 750 corporate events under his belt, his lifelong passion for high-risk challenges shines through, inspiring audiences to step out of their own comfort zones.

As a key figure in the Bloodhound Programme, the UK’s largest STEM programme, Richard is responsible for engaging over two million schoolchildren across the globe. By making STEM subjects more accessible, he is hoping to inspire a new generation of world record breakers, innovators and engineers. An award-winning thought leader, Richard was awarded an OBE in 1983 for his services to MotorSport, the 1997 Segrave Medal and the 1998 Popular Science Award for Technology, to name just a few of his accolades. Richard’s motivational speeches are as legendary as his multiple speed records, while his corporate guidance can revolutionise a business’ approach to risk. 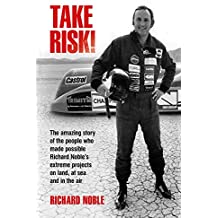 Take Risk!: The Amazing Story Of The People Who Made Possible Richard Noble's Extreme Projects On Land, Sea and In The Air 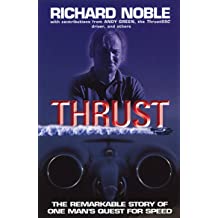 Thrust: The Remarkable Story Of One Man's Quest For Speed 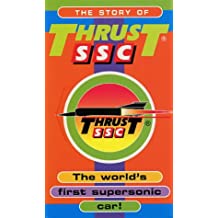 The Story Of Thrust SSC: The World's First Supersonic Car

Beyond Supersonic: Bloodhound And The Race For The Land Speed Record

How to hire Richard Noble

Contact the Champions Speakers agency to provisionally enquire about Richard Noble for your event today. Simply call a booking agent on 0207 1010 553 or email us at [email protected] for more information.

When he is booked for events, Richard is known to discuss the following topics.

Risk Management – In setting the land speed record, Richard had to manage an extraordinary level of risk to his life. This experience shaped his understanding of risk, and opened Richard’s eyes to the wealth of possibilities available when we overcome our own reservations. As a speaker, Richard teaches audiences how to manage their response to risk, and thrive in their respective markets - in keeping with the title of his 2019 book,Take Risks!

Innovation – A pioneer of innovation, Richard has proven that an open mindset and steely determination are a recipe for beautiful things. He continues to push the boundaries of innovation, as well as educate the record-breakers of the future with his Bloodhound programme. Audiences of Richard’s speeches receive a first-hand insight into the mindset of an innovator.

Breaking Records – It takes a special person to break world records, to be the best at something. The mindset of a record-breaker can be translated to every aspect of life, teaching us the secrets to becoming the most successful versions of ourselves. Richard’s story inspires audiences to embrace their strengths, improve their weaknesses and break free of expectations.

Stress & Pressure – Stress management has become an integral element of business, while the ability to handle moments of pressure continues to define the best, from the rest. Richard teaches audiences how to manage conflict in both the workplace and thrive while under stress, arming your team with the mindset needed to remain calm under pressure.

Project Management – As a Project Director, Richard has witnessed the power of communication, teamwork and leadership, as well the damaging effects of poor management. As a speaker, audiences receive a toolbox for successful project management, including meeting deadlines, staying on budget and setting achievable, yet challenging, goals.

Richard is often booked as a speaker for a range of corporate events, read his latest feedback below.

"Please pass on our thanks to Richard for his fantastic presentation and insight at today's meeting. It went well and generated some great discussion amongst our team after Richard left the call" - Andy, Marketing Manager, Bridgestone