A television presenter, former police officer and soldier best known as a presenter on Crimewatch, Rav Wilding is a popular media personality who has also appeared as a regular reporter on BBC One's The One Show.

After serving the British army for eight years, Rav joined the police force in 2000, working his way up to the role of Detective Constable for the CID. There he would work closely with the burglary squad in Peckham before he was awarded the role of presenter for hit TV show, Crimewatch, which uncovers unsolved cases, asking the British public for help in solving them.

He has also presented Crimewatch Roadshow, the daytime version of the show, which in recent times has replaced it's late night sister programme. Admitting to still getting a buzz when he is told of arrests that come on the back of the work done reporting on Crimewatch, Rav says "I'm proud to play my part".

Over the years, Rav's articulate presenting style, authority and personality has seen him appear regularly on both crime segments and entertainment programmes across the BBC and beyond. He has presented Crime Scene Rescue, Remembrance Week, Helicopter Heroes, Frontline Police, 71 Degrees North, Missing Live and British Police Murdered on Duty. He has also presented more lighthearted daytime shows including Get Your Own Back and Cop School.

Most recently, Rav has presented Ill Gotten Gains and narrated, How I Caught the Killer. In addition to his presenting, his reputation has led to him appearing as a participant on shows that include, Strictly Come Dancing, Celebrity Eggheads and The All New Monty - Who Bares Wins. He has also played a policeman in 2018 feature film, The Bromley Boys.

Specialising as a keynote speaker and event host, Rav has informed and entertained countless British audiences at conferences and corporate events. A fearless performer with an ability to read a room, he is perfect for speaking on topics that can include crime and punishment, journalism, policing, the British forces, as well as themes such as peak performance, concentration and teamwork.

Contact the Champions Speakers agency to book Rav Wilding for your event today. Simply call a booking agent on 0207 1010 553 or email us at agent@championsukplc.com for a free quote.

Topics that Rav Wilding can speak on include 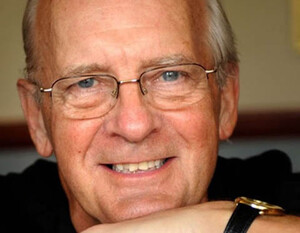