Phillip Price is one of the best golfers to come out of Wales. Representing his country on nine occasions, he has become a sporting legend in his home town and garnered much attention across Europe for his talents on the course. A popular choice for sports awards, keynote speeches and after dinner occasions, Price is experienced in engaging a crowd and providing an entertaining evening.

After beginning his golf career playing at Pontypridd Golf Club as a boy; he was inspired when he saw his first big tournament, the 1978 Dunlop Masters at St Pierre, won by Tommy Horton. From a spark of inspiration, Price has gone on to amass an impressive six professional wins inlcuding: one Welsh Professional Championship(1993), two Senior European Tours (2017, 2019) and three European Tours (1994, 2001, 2003).

Competing in the World Cup and Ryder Cup – two of the biggest golf competitions in the world, set Price up for his top 50 ranking in the Official Golf Rankings. Price qualified in tenth place for the 2002 Ryder Cup, making a debut that has been described as ‘phenomenal’. Surprisingly he beat Phil Mickelson in the final day’s singles at The Belfry and secured an invaluable point for the European cause.

Most recently, in 2019, Price was ranked number one after nineteen tournaments played across twelve countries and secured the Order of Merit at the Staysure Tour. Having previously come runner up, he was finally awarded the John Jacobs Trophy in honour of his win, a huge career highlight for Price who claimed that securing a number of birdies early on was his key to success.

After his first European Tour win, the 1994 Portuguese Open, Price was named Pontypridd Man Of The Year – a highly prestigious award. Additionally, after his Ryder Cup heroics, he completed a notable Welsh double by being named Newport Man Of The Year in honour of his new home town.

Not only a talented player but a gentleman of the sport, Phillip Price is popular as an after dinner and keynote speaker due to his charm, wit and engaging stage presence. Speaking on topics that are relatable and valuable for any audience such as reaching goals and mental resilience, Price is a fantastic addition to any occasion.

Contact the Champions Speakers agency to book Phillip Price for your event today. Simply call a booking agent on 0207 1010 553 or email us at agent@championsukplc.com for a free quote.

Topics Phillip is known for covering include: 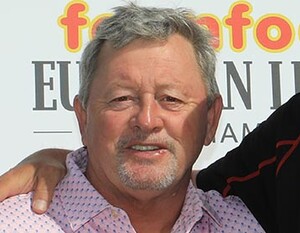 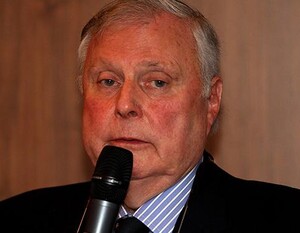