Paul Sinha made his name as Chaser, Sinnerman on ITV's hit quiz show, The Chase, where his quick wit and intelligence is highly popular with audiences. It is on the comedy circuit though that Paul comes into his own. Having played across the world and in every major UK comedy club, he was awarded the Best Club Comedian prize at the prestigious Chortle Awards in 2014. One of the top live comedians in the UK today, Paul Sinha is highly in demand for corporate events too. Whether hosting or giving an after dinner stand up performance, Paul has racked up clientele that includes O2, Credit Suisse, the ECB, Legal & General, and Citigroup, as well as presented at awards ceremonies that include the Digital Media Awards, the Value in Healthcare Awards and Retail Week.

"We would like to say a big thank you for providing Paul. He was very funny and went down really well with the audience. Certainly one of the best."

Paul's love of stand up grew from his years as a junior doctor when he lit up the comedy circuit with his pun-heavy comedic material focussing largely on sexuality and ethnicity. By 1999 he was third in the Hackney Empire New Act of the Year. After graduating medical school, he continued juggling surgeries with performances up until the mid-2000s when he became a tour-de-force on the comedy circuit. The following years would see him appear prominently at the Edinburgh Fringe with no fewer than nine stand up shows, including the sellout show, Shout Out To My Ex which brought a national tour in 2017.

His career in factual comedy, presenting and quizzing would also turn Paul into a household name. He has featured prominently on BBC Radio 4, on shows that include The News Quiz, The Now Show, Just a Minute and Shappi Talk, as well as on sports programmes on Radio 5 Live and talkSPORT, and political broadcasts such as PM. In many ways, Paul is a top-class all-rounder and that is showcased in his quizzing ability displayed on ITV's The Chase from 2011 onwards, where he has earned nicknames from the show's hosts which include, The Sinnerman, Sarcasm in a Suit and The Smiling Assassin.

He has also shown his nous on University Challenge: The Professionals, Are You an Egghead?, Mastermind and Brain of Britain, the latter two saw him finish fourth and third respectively. He also became the British Quizzing Champion in 2019. Perfect to host a quiz, award ceremony or perform his outstanding stand up routine, Paul Sinha provides a masterclass in all fields. 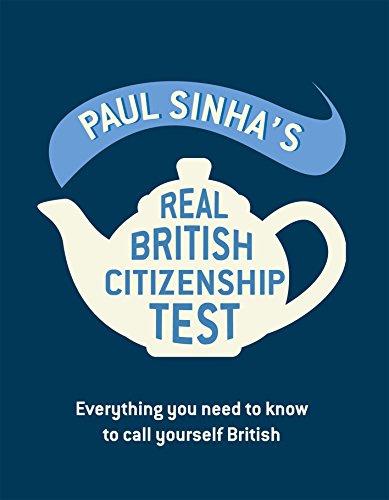 Paul Sinha's Real British Citizenship Test: Everything You Need To Know To Call Yourself British

How to hire Paul Sinha

Contact the Champions Speakers agency to provisionally enquire about Paul Sinha for your event today. Simply call a booking agent on 0207 1010 553 or email us at [email protected] for more information.

"Can you pass on a massive thanks to Paul for the session today! We've had really good feedback from everyone on it." - Tom, Mondelez

"Thank you so much to Paul for hosting our first ever pub quiz for media. He brought such fun and energy to the room. We had a lot of national titles in attendance and we received incredibly positive feedback. He went above and beyond, thinking of bonus questions on the spot and interacting with our guests during the breaks, which really made the evening extra memorable for all." - Freesat