Paul Ross is a British TV & radio presenter best known as the brother of fellow TV personality Jonathan Ross and as ex-reporter and studio presenter for Channel 4’s The Big Breakfast. Beginning his career behind the scenes as a researcher for LWT and the lead presenters for the six O’clock show: Michael Aspel, Chris Tarrant and Danny Baker, he graduated from this to the editor for The London Programme and finally made his first on-screen TV appearance on the current affairs series Eyewitness where he presented the show from various parts of the world including Sicily, the United States and Brazil.

Ross has worked as a TV presenter on countless shows across the British television networks from BBC’s All Over the Shop to Living TV’s Mystic Challenge and ITV’s The Paul Ross Show. He is also known for his work as one of the first TV presenters for the popular shopping channel bid TV. Outside his work as a TV presenter Paul Ross is an established journalist, he has contributed to the Tatler and the News of the World and writes a regular column for The Daily Star on Sunday.

Ross is also a well-known radio presenter, even quoted as saying he prefers to work in radio rather than a TV presenter because of the limitations of “dull scheduling and compromise”; in recent years Ross has been reunited with his Big Breakfast co-host Gaby Roslin as the radio presenter for their joint breakfast series for BBC Radio London.

As well as his work as TV presenter Ross has been involved with fundraising for a number of charities, he has made TV appearances and taken part in a number of charity editions of game shows including Celebrity Mastermind, Stars in their Eyes, Celebrity Eggheads and Who Wants to be A Millionaire where he was the phone a friend for fellow TV personality Stephen Fry. In more recent years Ross has appeared on Most Haunted Live as a guest TV personality on Channel 5’s Big Brother’s Bit on the Side. His other notable work includes Live from the Red Carpet for E! Entertainment at the BAFTA’s and as the entertainment correspondent for ITV’s This Morning.

Contact the Champions Speakers agency to book Paul Ross for your event today. Simply call a booking agent on 0207 1010 553 or email us at agent@championsukplc.com for a free quote. 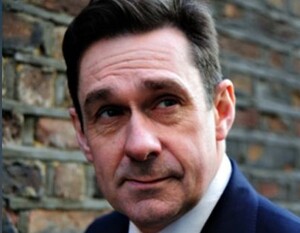