PATRICK’S IS A REGULAR AT THE EDINBURGH FRINGE & HAS APPEARED ON A HANDFUL OF BBC AND ITV SHOWS INCLUDING MEGA MELAI; SORCERER’S APPRENTICE & COMEDY DECADES
Enquire Now
Image
Enquire Now

Patrick Monahan is a British comedian who has spent several years as the warm up artiste for a number of popular afternoon talk shows, including a long-standing contract working to entertain the audiences waiting for the well-known veteran comedy speaker Paul O’Grady.

An established comedian in his own right Monahan has performed at the Edinburgh Fringe Festival and unlike many of his comedy speaker peers Monahan is known for his clean language and family friendly set. His reputation as one of the most accessible comedians working on the after dinner speaker circuit Monahan is a popular choice for private parties and is often called upon to appear at up-market corporate events.

Outside his work as a supporting comedian Monahan has also worked on his own stand-up theatre tour bringing his good natured humour to both full auditoriums and intimate audiences at private parties. Outside his work as an after dinner speaker Monahan has also worked as an event host and compere for other comedy speakers and stand-up comedy acts, his unobtrusive style and charming personality make Patrick Monahan an ideal guest to compliment other comedians – whilst his solid and loyal fan base also ensure that Monahan remains a popular comedy speaker in his own right.

As an event host Monahan showcases his ability to interact with the audience, his banter is clean and unlikely to offend even the most prudish of viewers, his style of humour is ideal for large family gatherings and weddings.

Contact the Champions Speakers agency to book Patrick Monahan for your event today. Simply call a booking agent on 0207 1010 553 or email us at agent@championsukplc.com for a free quote.

"One of the smartest comics on the Fringe’"- The Scotsman

"He is simply the nicest person ever born” - Time Out 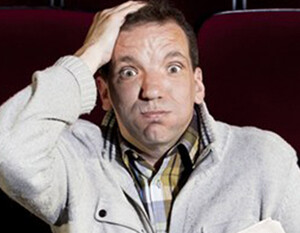