Paddy Kenny is a former professional footballer whose career lasted over 20 years and saw him play for Northern Ireland. After finishing playing Paddy has become a pundit appearing regularly on Sky Sports and in several national press outlets. He also retold his career highs and lows in his book ‘The Gloves Are Off’. Now hired as a speaker Paddy is a hit on the after-dinner circuit with his honest, engaging, and funny way of telling stories from his career wowing audiences on a regular basis.

He started his career in non-league with Ovenden West Riding before a spell at Bradford Park Avenue whilst also working as an engineer. He signed professionally for Bury who were then managed by Neil Warnock. He spent four seasons at Bury before moving on loan and then permanently to Sheffield United again managed by Warnock. Kenny played over 300 times for United and was a part of the side that achieved promotion to the Premier League in the 2005/06 season. Warnock signed Paddy for the third time taking the goalkeeper to QPR in 2010. Paddy won the Championship in his first season and was voted Player of the Season for the campaign. He was a part of that famous game against Manchester City that saw City win the title and QPR survive on the final day before he left to join Leeds United. He played every minute of the 2012/13 season and a 1-1 draw against Charlton Athletic saw him make his 500th career appearance in the same season. After that Paddy struggled for playing time and spent time at clubs including Bolton Wanderers, and Ipswich Town. He also had a fifth spell under Neil Warnock at Rotherham and was player-coach at Northampton Town. As well as a stellar playing career Paddy played seven times for the Republic of Ireland.

After calling his time on his career in 2018 Paddy launched PK Transport Movements, a transport company where he was founding director and driver. He also actively supports grassroots and the next generation of goalkeepers by providing one-to-one sessions. His football expertise is not just used by young goalkeepers, Paddy is often on TV screens as a pundit and summariser for Sky Sports and in 2020 he told the story of his career when he published The Gloves Are Off.

A firm favourite on the after-dinner circuit Paddy is the perfect choice for any sporting audience. His unique style combined with his honesty when discussing his career and the hilarious stories he tells of playing for some of the game’s biggest clubs will make him a hit with any audience. 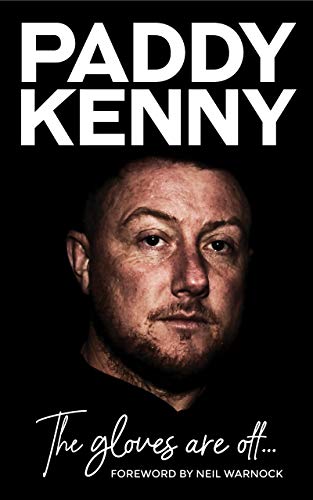 The Gloves Are Off

How to hire Paddy Kenny

Contact the Champions Speakers agency to provisionally enquire about Paddy Kenny for your event today. Simply call a booking agent on 0207 1010 553 or email us at [email protected] for more information.