Nigel Mansell CBE is a British Formula One legend, known for being immensely determined and amazingly daring. One of the most exciting and engaging drivers to watch, Nigel has been listed on the Top 50 Greatest F1 Drivers of all time. Showcasing a union jack on his helmet, he raced to win on every occasion and won over the British public in the process. A compelling motorsport speaker, Nigel delivers anecdotal tales of life in the fast lane and how to acquire the ability to achieve peak performance and maximize success on demand.

Inspired by his childhood hero Jim Clark, Nigel self-funded his early career where he enjoyed considerable success in kart racing before becoming the 1977 Formula Ford Champion. After resigning from his aerospace engineer job in order to follow his dreams, he entered into Formula Ford.

Nigel’s world and ambitions nearly came to a grinding halt when suffered a large crash in which he was hospitalised with broken vertebrae. However, this champion was not going to turn down an opportunity to become a Formula One test driver for Lotus, so within weeks of his accident, he challenged for the seat and was awarded the role for the Formula One team.

After Lotus, Nigel moved to Williams in 1985 and turned into the prolific and uncompromising winner everyone believed he could be. Winning his first Grand Prix race at Brands Hatch in 1985, was just the beginning of his lucrative career. His time at Williams’ was Nigel’s most successful, dominating the 1992 season by winning nine out of the sixteen season races with his Williams FW14B inlcuding the World Drivers Championship. Within twelve months he held both the Formula One World Championship title and the CART Indy Car World Series.

As one of Britains most successful drivers, Nigel is an ideal speaker for motorsports events and keynote speeches. Through anecdotal tales from his time as the Formula One winner and inspirational messages of achieving dreams, Nigel entertains all of the guests in attendance, no matter the occasion. Equally relevant to a business setting, Nigel is able to transfer the lessons he learned in overcoming adversity and having determination, to a corporate crowd.

Contact the Champions Speakers agency to book Nigel Mansell for your event today. Simply call a booking agent on 0207 1010 553 or email us at agent@championsukplc.com for a free quote. 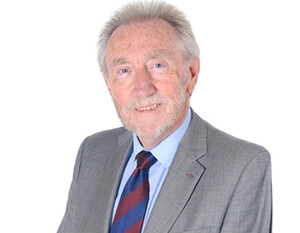 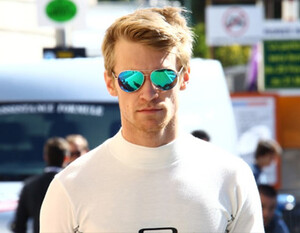