Mariella Frostrup is a talented journalist and broadcaster, who has forged a reputation as a campaigner for a range of different causes. Working with a number of media outlets, Mariella has continually defied attempts to pigeonhole her skills. Smashing through glass ceilings throughout her career, more recently Mariella has become well known for her outspoken advocacy on Menopause. She is also booked as a speaker, awards host or facilitator for a range of corporate events, focussing on topics such as gender equality, empowerment and Menopause.

Beginning her career as a Public Relations Executive for Phonogram Records, Mariella has since forged a successful career as a journalist and broadcaster. She has avidly written as a travel writer for publications including The Observer, The Guardian, The Mail on Sunday and Harper & Queen. She has also presented a number of radio shows, including Bringing Up Britain for BBC Radio 4, The Green Room for BBC Radio 2 and The Book Show on Sky Arts 1. In 2020, Mariella joined Times Radio to present their show on social issues, culture and arts, and in 2022 she became the presenter of Britain’s Novel Landscapes with Mariella Frostrup.

Throughout her career, Mariella has used her prominence and platform as a space for advocacy. A passionate philanthropist, she has helped various charities across the last two decades, including Oxfam, Save the Children, Comic Relief and The Children’s Society. One of the main focuses of her advocacy has been campaigning for the rights of women, fighting for gender equality and taking regular trips to disadvantaged countries to help women and children. She is the Co-Founder of the Gender Right and Equality Action Trust, the Somerset President of CPRE, a Trustee of The Great Initiative and Patron of Save the Children. Channelling her passion for women’s rights and empowerment, Mariella authored the book Cracking the Menopause: While Keeping Yourself Together.

Now booked as a speaker, facilitator or host for a range of corporate events, Mariella uses her prominence to spread her advocacy for gender equality. Also the editor of Wild Women & Their Amazing Adventures Over Land, Sea and Air, Mariella knows what it takes to smash glass ceilings. Writing a weekly column for The Sunday Times Magazine and a monthly travel column for The Telegraph, Mariella is widely regarded as a prolific journalist. Having also sat as a judge on the panels of the Booker Prize, the Evening Standard Film Awards and the Orange Prize for Fiction, Mariella is also a seasoned awards host. When looking for an inspirational woman to speak at your next event, book Mariella Frostrup for an empowering speech on gender equality and women’s rights. 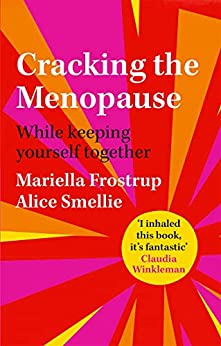 Cracking the Menopause: While Keeping Yourself Together 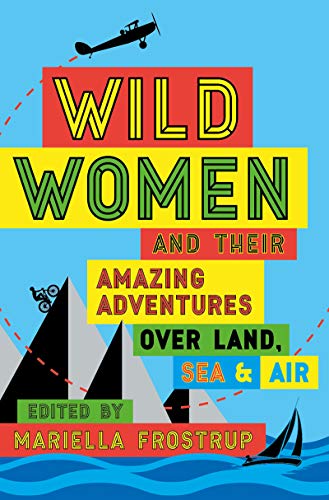 Wild Women: and Their Amazing Adventures Over Land, Sea and Air

How to hire Mariella Frostrup

Contact the Champions Speakers agency to provisionally enquire about Mariella Frostrup for your event today. Simply call a booking agent on 0207 1010 553 or email us at [email protected] for more information.

"Mariella was fantastic. So interesting and the audience LOVED her" - The Women in Tech Awards

"Mariella was an absolutely fantastic speaker. She is very inspiring and informative; sharing her personal experiences as well specific insights and information; plus key actions and thinking points for all attendees to take away with them. Various colleagues got in touch after the event wanting to pass on their thanks to Mariella for creating such a safe space to have a very honest and much-needed conversation." - Sarah, Head of Diversity, Inclusion and Belonging, Telegraph Media Group

"Thank you so much for joining us online yesterday to talk to FCDO staff about menopause.  We all enjoyed it enormously and have had lots of wonderful feedback from colleagues (male and female) about how inspiring you were and how empowered they now feel.  I’m not sure if you were able to follow the chat while speaking but we had over 250 people on the line, from the Maldives and the Gulf in one direction to the US and Caribbean in the other.  And we’ve had lots of enquiries today from people who want to watch the recording.  So a huge thank you, you’ve really helped us take the conversation to a much wider audience than before, and start to normalise the topic in our working culture." - Jane, Deputy Head, Europe Strategy Department, Foreign Commonwealth & Development Office

"Mariella as ever was wonderful, and today was even more natural, charismatic and amusing. She had a great rapport with James and Night and it really came across well. Our employees are saying it was the best one yet - so please pass on our heartfelt thanks to Mariella. She really is the best in the business and we love working with her. We will be in touch on the next one!" - Denise, Senior Vice President, Corporate Communications, NBC International

"On behalf of Tim and BBC Worldwide, thank you so much for coming in to interview Louis today at our Bigger Picture day. The session was a huge success. Thanks for making today so memorable for our employees - always such a star and a pleasure to work with you again" - Tracey, Head of Internal Communications, BBC Worldwide