A leading figure in private equity and British serial entrepreneur, Luke Johnson is best known for his influence behind some of the biggest high-street brands. He is also the son of historian Paul Johnson and brother of Daniel Johnson.  Having initially grown up in Ivar, Buckinghamshire and was educated at the state-owned Langley Grammar School, Luke progressed to university, where he and fellow student Hugh Osmond, interviewed Sir Richard Branson on his houseboat in London for the student newspaper. This was the inspiration that encouraged Luke to go into business, and soon the pair were running the Era nightclub in Oxford. By the time of graduation he and Osmond were running businesses from software to clubs. He initially studied medicine but, like Hugh Osmond, only completed the first part of the course, graduating from Oxford University with a BA in Physiological Sciences in 1983.

A particularly prominent time in Luke’s career was the takeover of Pizza Express in 1993, where he subsequently became Chairman. He grew the business from 12 owned restaurants to over 250, and the share price from 40p to over 900p. Known as the man behind several instantly recognisable high-street brands including Pizza Express, Luke was able to improve and grow a number of business into what they are today. Some of these include Signature Restaurants, the Strada restaurant concept chain, Whittard of Chelsea, My Kinda Town and the private companies Giraffe, Patisserie Valerie, Druckers, Baker & Spice, Nightfreight and American Port Services. He is the part owner and chairman of Patisserie Valerie, Gail’s Artisan Bakery and Feng Sushi among other businesses and is a former chairman of the Royal Society of Arts and Channel 4.

In December 2009, Johnson’s investment partnership Risk Capital Partners Ltd acquired the Tootsie‘s restaurant chain, for which it was awarded the “Deal of the Year” prize at the 2010 Retailer’s Retailer Awards ceremony. Luke is Chairman of a number of charities and interest groups. He is Chairman of The Institute of Cancer Research; Chairman of StageOne, a charity in support of new producers of quality commercial theatre; Chairman of StartUp Britain, the national campaign in support of entrepreneurship and Chairman of Career Colleges, an organisation planning 40 vocational colleges for 14-19-year-olds. He was a governor of The University of the Arts London between 2000 and 2006.

He was Chairman of substance abuse charity Action on Addiction from 2011 to 2012 and in October 2013 Luke co-founded and launched the Centre for Entrepreneurs, a non-profit think-tank. Luke wrote a weekly column called The Maverick on business matters for The Sunday Telegraph for eight years until 2006. He now writes a weekly column on entrepreneurship for The Financial Times and a monthly column for Management Today. In 2011 Johnson co-produced The Flaw, a documentary feature film detailing the events leading up to the financial crash of 2008. As an expert in his field, Luke has provided a variety of talks as a keynote speaker for corporate events, conferences and functions. During his highly impactful and educational talks, Luke is known to discuss topics that surround private equity, business management, entrepreneurial skills, journalism, developing a successful business, leadership and teamwork. 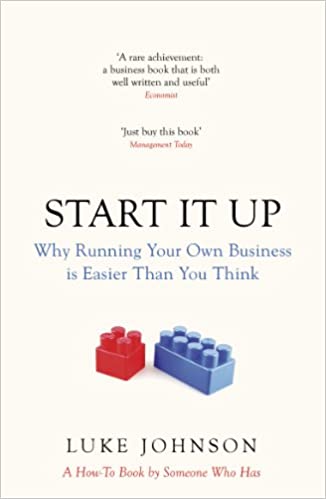 Start It Up: Why Running Your Own Business Is Easier Than You Think 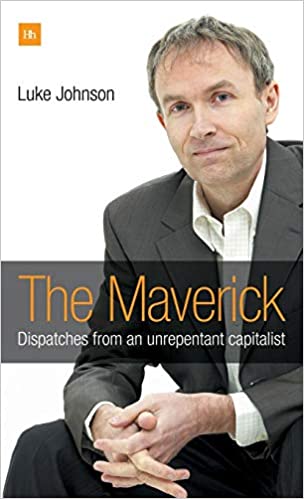 The Maverick: Dispatches From An Unrepentant Capitalist

How to hire Luke Johnson

Contact the Champions Speakers agency to provisionally enquire about Luke Johnson for your event today. Simply call a booking agent on 0207 1010 553 or email us at [email protected] for more information.

"Luke's speech proved to be one of the major highlights of the day." - Consult By Design Group Ltd

“Simply the best speech I have had the pleasure of hearing at a work related conference.... deserves a much wider audience." - Julian, MD, MPC Partners

"Please pass on our thanks to Luke Johnson for giving us such an inspiring talk last night at Chatham House. I think we all felt much better after his words of wisdom. He kept very much on the brief that we had given him so we are very pleased with the outcome." - Hilary, Director, Open University