Advocate for ocean sustainability and famed endurance swimmer Lewis Pugh, has dedicated his life to the sea. With an abundance of life-changing experience to discuss in his public speaking, Lewis is highly regarded on the public-speaking circuit due to his insightful story and sustainable business methods. As an advocate, he draws attention to the damaging effects climate change is having on our ecosystem, speaking regularly at industry events and climate change conferences.

Born in England and educated at the University of Cape Town in South Africa, Lewis' first taste of swimming exploded into a 30 year dedication to not just the sport, but the water itself. Whereas most people learn how to swim at a young age, Lewis didn't have his first swimming lesson until he was 17. From there, he swam to Cape Town from Robben Island only a month later, before swimming the English Channel in 1992. Lewis went from strength to strength, just over 15 years since he first dove into the water, he broke the record for the fastest swim around Robben Island. In his motivational speaking, Lewis reflects upon this moment in his life, offering his audience an insight into his journey from an amateur to a record breaker.

With a career spanning 30 years, it is no surprise that Lewis has achieved as much as he has done. Described as the "Sir Edmund Hillary of swimming'' one of his greatest achievements was swimming across the North Pole in 2007. In doing so, Lewis raised awareness of melting ice caps in the Arctic. To date, he has completed a long-distance swim challenge in very ocean on Earth, doing so under the Channel Swimming Rules.

This means that even in the freezing waters of the poles, he swam in just a cap, goggles and a Speedo swimming costume. Lewis story is fuelled by determination and self-belief, the two main ingredients to peak performance. He has developed strategies to push himself to his limits, then rest productively before getting back into the water again. An expert in maximising success, Lewis' inspirational achievements are a hit with audiences of all kinds. 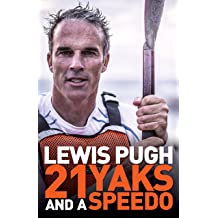 21 Yaks And A Speedo 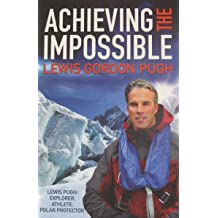 How to hire Lewis Pugh

Contact the Champions Speakers agency to provisionally enquire about Lewis Pugh for your event today. Simply call a booking agent on 0207 1010 553 or email us at [email protected] for more information.

When he's at corporate events, Lewis is known to cover the following topics:

"Lewis Pugh doesn’t tell us what to do, he shows us what can be done." - Bill Clinton, 42nd President Of The United States

"Thank you for coming to speak to us. You have a very special gift. Not many people can speak to a group of world leaders like you did – with so much authority and passion. I could have heard a pin drop." - Ted Turner, Founder Of CNN

"Lewis is a totally enchanting speaker and provides valuable lessons to apply to business and to life." - Guy Kawasaki, Chief Evangelist of Apple

"Your address was the perfect close to a conference centered around achievement and moving to the next level. The story you have to tell is incredibly unique and was delivered in such a professional and entertaining manner. Everyone was inspired by your extraordinary journey." - Colin Grassie, CEO of Deutsche Bank (UK)

Felix Baumgartner
The First Person To Break The Sound Barrier In Freefall - Which Was Watched By 8,000,000 People
View Profile
Image