Whether he is retelling his life story as an after dinner speaker or adding a touch of class as an awards host, Lea Roberts is a hilarious entertainer. After finding fame on the 2002 show, Stand Up Britain, he has travelled the international speaking circuit, gracing events in the UK and abroad. Warm, engaging and authentic, audiences regularly reflect upon Lea's success at events, evident through his numerous positive testimonials. No stranger to the stage, Lea has performed in front of corporate, public and private audiences, all of which he effortlessly charmed.

Armed with an instantly recognisable Northern accent that resonates with audiences, Lea owes his hilarious performance style to his integrity and authenticity. His combination of relatable situational comedy and up to date material appeals to audiences of all ages. From corporate parties to charity fundraisers, cabaret to awards nights, Lea is the ideal addition to a wide range of events - he has even been booked for weddings and private birthday parties. A consummate professional, your event is in safe hands with Lea.

From Sir Alan Sugar to Sir Steve Redgrave, Jon Culshaw to Mike Tyson, there are few celebrities that Lea hasn't graced the stage with. He has travelled the world with his act, including Hong Kong and Dubai, with such high-profile clients as Thomson Gold Hotels and P+O Cruises. It is as an awards host that Lea truly shines. Starting with a hilarious comical opening routine and closing with a memorable final statement, Lea can infuse comedic improvisation in keeping with the theme and style of the event.

In 2002, Lea won Stand Up Britain, a comedy competition. Lea blew audiences away during ITV's live final, beating 144 contestants who applied for the competition. He won the competition with a total vote of 75%. In 2000, he was a runner up on the Cup A Soup Comedy Challenge, at the comedy club in London. Few comedians can juggle traditional and alternative comedy like Lea, a testament to his influential style. A true master of his craft, audiences are enamoured by Lea, hooked on every anecdote and punchline.

Contact the Champions Speakers agency to book Lea Roberts for your event today. Simply call a booking agent on 0207 1010 553 or email us at agent@championsukplc.com for a free quote.

"Lea Roberts Is not just a fantastic comedian he is an excellent all-round entertainer. Lea mixed and socialised with our guests without request nothing was too much trouble, his welcoming friendly approach set the tone for the evening helping to bring our customers together, he added real value to the event. His comedy style is fitted perfectly with dynamics of the group and evening, however within due respectful boundaries of professionalism, a necessary requirement of the host business. I wouldn’t hesitate to recommend Lea, you won’t be disappointed." - Paul, St Gobain Weber

"I just wanted to say a huge thanks for organising Lea to attend our headteachers Conference in Sandbanks on Thursday. Lea was both funny on and off stage and everyone loved him! His repertoire was appropriate for our group and many of the Headteachers would like him to return next year, which is always a good sign! Lea was down to earth and good company, what more could we ask for. Please pass on my personal thanks. I would not hesitate in using your company for further events as for judgement was spot on." - Michelle, Enfield Head Teachers Conference

"We booked Lea Roberts for our annual networking dinner with 90 + attendees earlier this month. Honestly, he was absolutely brilliant. His act was current and his personality was very endearing. Everyone was captivated and the audience participation was hilarious. It really set the tone for our two-day event and would highly recommend him. Can’t thank you enough, as I felt it was a big responsibility on my shoulders!" - Institute of Sound and Communication Engineers

"On behalf of our chairman, I would like to thank you for providing the excellent services of Lea Roberts at our Annual Dinner, venue of the Royal Lancaster Hotel, London. It must be said that Lea made the evening for all of us, because of his friendly, laid back presentation manner. In fact, so striking was his presentation, our members were seen to be reeling and clapping for more. This after dinner speaker was the topic of much conversation that evening. Next year, Lea will be a very hard act to follow." - Mike, Institute of Measurement & Control 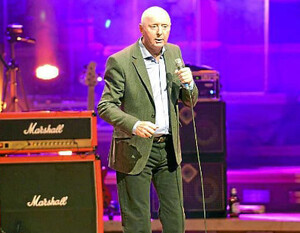 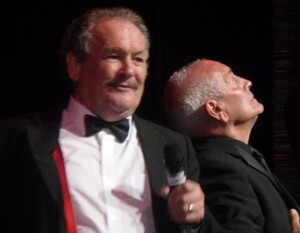 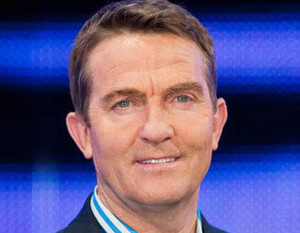