Kevin Gaskell has an enviable record in business, having been CEO at four globally-renowned companies. One of the greatest leaders of his generation, Kevin has led Porsche, BMW and Lamborghini in the automotive sector, as well as Epyx and EurotaxGlass, delivering extraordinary results and creating upwards of £3 billion in shareholder value. In addition to his experience of building international brands, Kevin has tested himself to the limit with a series of expeditions that have included scaling the world's highest peaks, including Mount Everest, trekking to the North and South Poles unsupported with his son to raise money for Cancer Research and presenting Extreme Classrooms, The Highest Classroom on Earth.

In many ways, an accidental adventurer, Kevin has continually pushed the boundaries of his experiences. He would even join members of the 2003 Rugby World Cup winning England team on the HeadNorth Polar Expedition in 2015, to raise money for HeadNorth, The Royal Marines Charitable Trust and The Lewis Moody Foundation. A former Civil Engineer who won the Institution of Civil Engineers Prize at the University of Bradford, Kevin accepted a scholarship to study an MBA. After working on projects such as the Birmingham NEC and M54 Motorway as a construction engineer, he became frustrated at the inefficiencies of the industry.

A new challenge beckoned when he became a managing accountant at Dow Corning Manufacturing before he joined Porsche as a Regional Manager. Four years later, at just 32 years old, he became the MD of Porsche where he rebuilt a declining company into the UK's most profitable car business. Following immense success with Porsche, Kevin became the CEO of BMW GB Limited, leading record growth for the automotive giant. He later left to fulfil his vision of reimagining the sector, developing CarsDirect.com one of the original online car retailers.

Many more board positions and investments followed to position Kevin as a thought leader and specialist in the fields of business management, turnaround management, engineering, leadership and technology. It is this very experience, coupled with his influential style of speaking that has seen Kevin become one of the most powerful inspirational speakers of his time. Trusted by companies including BNP Parabas, PWC, Volkswagen, Google, Accenture, Virgin and many more, Kevin offers a masterclass into the techniques that drive businesses to immense success. 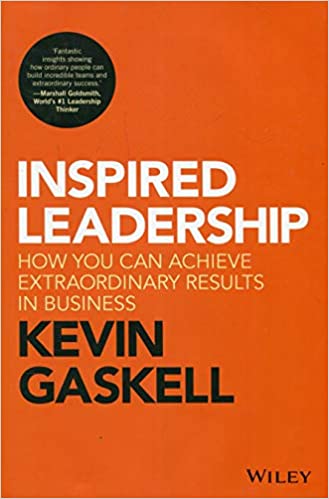 Inspired Leadership: How You Can Achieve Extraordinary Results

How to hire Kevin Gaskell

Contact the Champions Speakers agency to provisionally enquire about Kevin Gaskell for your event today. Simply call a booking agent on 0207 1010 553 or email us at [email protected] for more information.

During the COVID-19 pandemic, Kevin attended many virtual events, booked as the exciting guest speaker. Read the feedback he has received below.

"Kevin Gaskell's talk was a success yesterday and we’ve had lots of positive feedback. We also raised £4000 for charity which is amazing." - Androulla, Tax Director, Baker Tilly

"We want to stress that overall, the feedback was incredibly positive, and that Kevin was inspiring. We also loved that he wanted to stay on and be part of the discussion groups." - Baker Tilly International

Usually Kevin is regularly booked to engage audiences at in-person events, read his latest feedback below.

"They were very pleased. I attended the event and thought he was excellent." - Spicers Brilliant Partners Conference

"I have had the pleasure this week of listening to you speak to a St James Place audience in Portugal. It was fantastic - the best I have seen in my 24 years in the financial services industry. I am going to implement everything you said and hope it will have the same impact on my business as it has had on your business and life." - St James's Place

"On behalf of BSI if you could pass on my thanks to Kevin I would be very grateful.  His presentation at our event yesterday was extremely well received, and a wonderful way to bring some aspiration and inspiration to our guests, everyone enjoyed the session – BSI staff and guests included." - Charlotte, BSI Group

“Can I just say thank you very much for yesterday.  Can you pass on my thanks to everyone involved. To have a speaker of his calibre and credibility was superb.” - William, Optomise

“Kevin’s ability to explain the achievement of exceptional business outcomes in such a down to earthly and inspiring manner was highly motivational.” - Paul, Managing Director, Brilliant Red Ltd