The first ever Head of the Defence Cyber Security Programme at the Ministry of Defence, Major-General Jonathan Shaw, is an eminent figure in the British Military. Transferring his skillset developed over three decades in the army, into a pioneering role in cyber security, Shaw has unparalleled experience in operations, leadership and strategic development, which has since led him into business advisory roles and speaking engagements. Speaking around the world to audiences of a range of demographics, Shaw’s expertise has transformed organisations with his progressive leadership style and cyber influence.

A revered figure in the Military of Defence, Shaw first worked in resources and programming plans, disaster relief and global counter terrorism before diversifying into Head of the Defence Cyber Security Programme in 2011. Fronting the international operations since the sector's inception, Shaw led a new era of defence in the form of cyber security, responsible predominantly for policy in Pakistan, Indian, The Levant and Africa. Trusted and respected for his career longevity, Shaw ran a £90 million cyber activity for three years, which further developed his strategic mindset, business acumen and insight into international relations.

After graduating from the University of Oxford, Shaw was commissioned into the Parachute Regiment, where he served as the platoon commander in the Falklands War and evidenced exemplary team management strategy. Selected to study at Staff College for a year in 1989, he was later made Commander of the 12 (Mechanized) Brigade, followed by service in Kosovo in the Multi-National Brigade (Centre) and in Iraq. His dedicated army career saw Shaw continue his studies completing his Higher Command and Staff course in 2000, which enabled him to gain staff appointments in the Military of Defence, a testament to his commitment and drive in the forces.

Spearheading the technological security for the Ministry of Defence has ensured Shaw is a leading authority in the sector, able to fuse military style leadership with cyber innovation to consult and advise audiences on the strategies they can adapt for success. Awarded the Queen’s commendation for Valuable Service in 1996, Shaw’s career commitment speaks for itself, and his ability to adapt throughout is what makes him a qualified speaker. Covering topics like geo-politics, security goals and strategic planning, Shaw is guaranteed to instill implementable skills in audiences, both individually and company wide. 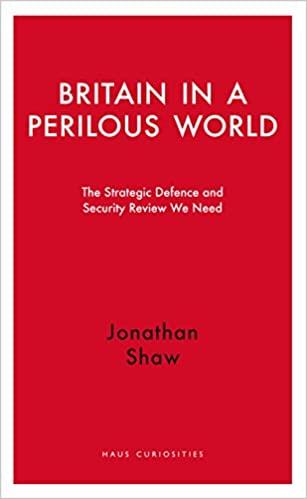 Britain In A Perilous World: The Strategic Defence And Security Review We Need

How to hire Major-General Jonathan Shaw

Contact the Champions Speakers agency to provisionally enquire about Major-General Jonathan Shaw for your event today. Simply call a booking agent on 0207 1010 553 or email us at [email protected] for more information.

"Jonathan provided a really interesting round-up at the end of the day. The attendees seemed engaged and interested in his presentation."  Francesca Baillie, BSI

"He was really excellent at yesterday’s conference; thoughtful, insightful and a powerful presenter. He provided real value to our conference." – Neil, FutureWorld