Irish folk singer and solo artist Johnny McEvoy began his career in a moderately successful music act alongside a fellow art student, however McEvoy truly broke into the big time in 1966 when his single Mursheen Durkin reached the Irish number 1 spot and held its position for three consecutive weeks.

Following the success of Mursheen Durkin, Johnny McEvoy now working as a solo artist began touring both Europe and the United States; a popular music act whilst the folk and Irish genre was at the height of its popularity outside its native homeland Johnny McEvoy found himself headlining shows at the world famous New York Carnegie Hall. During this period McEvoy released a further two U.S and UK number 1’s with the songs Nora and The Boston Burglar.

Placing his solo artist career briefly on hold Johnny founded a band during the 1970’s with whom he had further chart success most notably with their first release, the first song he had written himself, Long Before Your Time.

In 2010 a documentary that detailed the success of Johnny McEvoy’s musical career was released alongside a re-recorded version of his first solo artist hit Mursheen Durkin, which he recorded with Sharon Shannon and her Big Band. The documentary highlighted the long-standing popularity of McEvoy’s music and demonstrated how a number of his own songs have since become classics in the folk scene.

Johnny McEvoy continues to tour as a solo artist, his performances just as brilliant, his talent just as sharp and his shows just as popular more than forty years after his first big hit.

Contact the Champions Speakers agency to book Johnny McEvoy for your event today. Simply call a booking agent on 0207 1010 553 or email us at agent@championsukplc.com for a free quote. 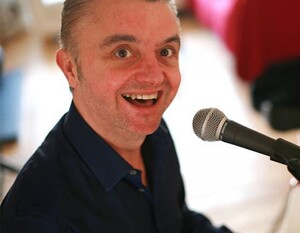