John Rossman is a highly respected businessman, widely known for his industry-leading knowledge of digital innovation strategies. He is best known for his former roles as the Managing Director of Alvarez & Marsal, Director of Enterprise Services and Director of Merchant Integration at Amazon. John played a key leadership role in the launch and scaling of the Amazon Marketplace and is now booked as a speaker for corporate events.

After gaining a BS Degree in Industrial Engineering, John’s first major role was working as the Manager of Accenture. After displaying strong leadership characteristics, John worked for Accenture for five years before becoming the Director of Reengineering at US Bank. He then becomes the Vice President of Professional Services at CommerceRoute before securing his most well-known role with Amazon as the Director of Merchant Integration, followed by the Director the Enterprise Services. He has been able to advance his career due to his leadership qualities and is now a Managing Partner at Rossman Partners.

Outside of business, John has also authored three books, titled The Amazon Way, Think Like Amazon and The Amazon Way on IoT. He has also been a Partner of Arthur Anderson LLP and worked on The International Festival of Leadership project. John has also become a highly sought-after analyst, featured on the likes of The New York Times, Amazon.com and CNBC where he speaks on topics such as leadership for the digital era and how business can be more innovative, competitive, and effective.

With a highly successful business career, John has now become a popular choice as a keynote speaker for corporate events. John is knowledgeable in everything from digital strategies, Internet of Things strategies and API-driven business models to customer self-service, distribution, sales channel management and business model strategies which is why he is greatly respected within his industry. When booked, John Rossman is an ideal speaker to help any audience gain a better understanding of the prospects of a digital future. 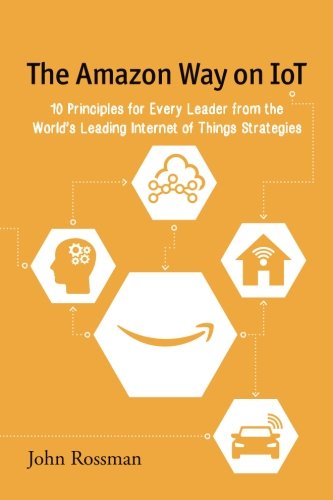 The Amazon Way on IoT 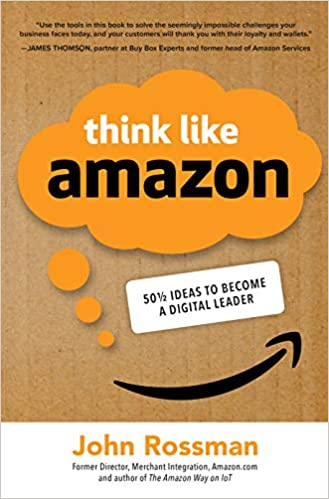 Think Like Amazon: 50 1/2 Ideas to Become a Digital Leader 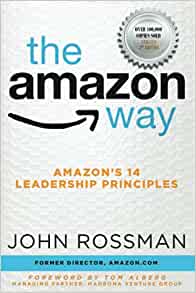 How to hire John Rossman

Contact the Champions Speakers agency to provisionally enquire about John Rossman for your event today. Simply call a booking agent on 0207 1010 553 or email us at [email protected] for more information.

During the COVID-19 pandemic, John attended many virtual events, booked as an exciting guest speaker. Read the feedback he has received below.

"The session with John was excellent and very well received by the audience. Participants were very engaged and asked a lot of questions to learn more" - Simone, Straumann

"I would like to thank you for participating in our summit. The audience loved your presentation and took away many key learnings that they hope can be applied moving forward." - Ines, MCi Group

"The was engaging and interesting (and relevant) to our team. Over 300 people opted to attend and stuck around till the end. Both Chat and Q&A submissions were nice and lively for one of these things (in my experience). The leaders (myself included) received a few text messages, emails, etc. thanking us and complimenting the session." - Transunion

"We heard excellent feedback about your presentation for the remainder of the week. We’ll continue to promote your services – and we may have you back again next year. There’s more than enough material for another presentation. Thanks again for being so responsive to the needs of our audience." - Life Insurance Council

"I thought your talk was incredibly insightful and effective; I found myself referencing a lot of it while working with their teams. The overall structure— the juxtaposition of principles and how they are put into practice—is great. And the depth of practical knowledge was greater than in most other speakers’ talks (comparing propositional knowledge - “knowing that” v practical knowledge “knowing how”). As a speaker, you’re high energy and wholly credible, so I thought it was fantastic." - Deloitte

2004- Director of Enterprise Services at Amazon

2002- Director of Merchant Integration at Amazon

1993- Director of Reengineering at US Bank