Following Jo’s career as an internationally acclaimed athlete for Team GB and Adidas, during which time she held three British records over the women’s steeplechase events and competed at the IAAF World Championships, Commonwealth Games, European Cup as well as achieving Olympic qualification, Jo hung up her running spikes and dove into the world of sports broadcasting. Over the past decade, Jo has sculpted a stand-out career as a studio anchor and live event reporter both in the USA and Europe across channels including ESPN, Fox Sports, Chelsea FC TV, Liverpool FC TV, TRT World News, Major League Soccer and The Tennis Channel.

As a young athlete and budding news personality, Jo was given the opportunity by Sky Sports News to work as a production junior in and around her competition schedule practicing the editing, script writing and production skills required in the fast-paced world of news broadcasting. After achieving  2:1 from the University of Nottingham in Physics and Philosophy, Jo knew that sports journalism would be her path alongside athletics and decided to follow her Bachelor of Science degree with a Diploma in Sports Law including Media Law from the University of King's College, London. It was during this time, in 2005, when Jo was selected to be the focal athlete running through the streets of London in the promotional video for the 2012 Olympic Games starring David Beckham, Amir Khan and other notable British sporting icons. Jo’s first on-air presenting role came shortly after her athletics career as an anchor for Chelsea FC TV’s Blues News filmed at Stamford Bridge.

Having spent much time in the United States both training and competing, Jo was already known in sports circles on both sides of the globe. It wasn’t long before Jo was given the opportunity to report for ESPN International on athletics and football in Jamaica at a one-off event. Being the driven athlete that she is, Jo grabbed the chance to impress the figureheads at ESPN which lead quickly to her being given a contract that kept her at ESPN International in the United States for the next seven years covering events including the 2012 London Olympic Games where she was the lead anchor for their flagship show Sports Center, 2016 Rio Olympic Games reporter (broadcasting live to 55 countries), ESPY red carpet awards show host, X Games lead host and reporter, America’s Cup Sailing lead host and reporter,  IAAF Athletics World Championships and the West Coast reporter for the international Sports Center shows covering a wide range of sports including NBA, boxing and cycling. During this time Jo was also able to dedicate time to host Major League Soccer’s Kick TV one night each week and from 2014-2018 as an anchor and reporter for USA’s The Tennis Channel.

While many on-air personalities shy away from live television, Jo has always maintained that it is here where she shines her best. Perhaps due to enjoying “performing under pressure,” Jo is able to raise her game and channel the “athlete mentality” into her work in terms of both performance and dedicated preparation. Jo’s ability to relate to other athletes and her understanding of the psychological nature of sport separates her from many other broadcasters.

Towards the end of 2017, whilst living in Los Angeles, Jo was head-hunted by TRT World in Istanbul as a presenter and correspondent for their flagship sports show Beyond the Game and news broadcasts over the upcoming Winter Olympics and FIFA World Cup. Having spent nearly eight years in the United States, Jo decided to embark on this new adventure and moved to Istanbul to join the news team at TRT World. As a rotating presenter, correspondent and producer Jo has spent most of 2018 creating sports news content across a variety of world sports and presenting TRT’s live weekday 30minutes broadcast of Beyond the Game. Using her contacts from her many years in sports, Jo was able to obtain exclusive interviews ahead of the 2018 Champions League final with Liverpool FC’s manager Jurgen Klopp, captain Jordan Henderson, striker Sadio Mane and former Liverpool legend Steven Gerrard. Jo also hosted TRT’s 2018 Laureus World Sports Awards show where she obtained interviews with 2018 World Sportsman of the year Roger Federer, Boris Becker, Ryan Giggs, Alessandro Del Piero, Steve Waugh and USA Women’s Soccer’s Hope Solo amongst others.

Contact the Champions Speakers agency to book Jo Ankier for your event today. Simply call a booking agent on 0207 1010 553 or email us at agent@championsukplc.com for a free quote.

When she's at corporate events, Jo is known to cover the following topics: 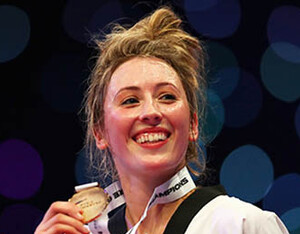 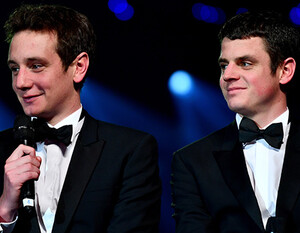