The co-founder of ZOPA, James Alexander has developed a profitable internet-based business in addition to creating a new way of borrowing and lending money across the globe. Renowned for his incredible vision and forward thinking, Alexander’s intelligence enabled him to develop a new peer-to-peer system that has become a transformational alternative to high street banks. An intriguing and exciting finance speaker, James Alexander is a terrific personality for conferences as a keynote speaker and is available to hire through the Champions Speakers Agency for all manner of engagements across the UK.

Providing a platform for people with money to invest in ZOPA, this money can be used to lend to small borrowers with interest rates that are far more competitive than high street banks for both borrowers and lenders enabling all to benefit from James’ brilliance. Also instilling transparency within his infrastructure, ZOPA, James Alexander’s invention, cleverly allows every lender to see who is borrowing their money and what it is being used for, a revolutionary transformation to how systems worked for years gone by.

James Alexander is an intellect that appreciates the power of technology as well as revelling in innovation which helped him to ensure that all processes through ZOPA are internet-based which once again ensures transparency of transactions and a low maintenance regime which run hand in hand to sustain the business, deliver an efficient product to the consumer and maximise profits and capital while maintaining transparency.

Such efficiency and effectiveness is the goal of any business and James is an ideal business speaker to guide a firm in this direction as he draws upon his personal experiences of developing a thriving business as well as sharing his knowledge and insight into the future for corporation worldwide.

During his work at LEK Consulting, James also developed Smile, the Co-operative Bank's online division as well as later launching digital TV and mobile services for EGG and guiding them through rapid growth and an entry into the US market, a massive achievement for anyone which he discusses during his work as a speaker. James Alexander is a respected authority on the keynote speaker circuit as a finance speaker and has a fantastic reputation within the industry.

Alongside his phenomenal work in corporate world, James Alexander also passionately campaigns environmentally and is a trustee for Green Thing, a non-profit online social movement to counter climate change. During his spare time, James is a keen birdwatcher and is noted to have re-discovered three species thought to previously have been extinct. An intriguing and fascinating individual who has excelled at a work-life balance and continues to innovate while remaining creative, Alexander discusses how nature and environments can often be the springboard to innovation.

A polished and esteemed individual at the top of his game, James Alexander seeks to motivate and inspire budding entrepreneurs, reassuring them with the belief that failure is not as bad as many think and that help should always be taken from trustworthy sources. An essential addition to any event, James Alexander is available to hire through the Champions Speakers Agency to transform the fortunes of your business and life.

How to hire James Alexander

Contact the Champions Speakers agency to book James Alexander for your event today. Simply call a booking agent on 0207 1010 553 or email us at agent@championsukplc.com for a free quote.

"James was a genuinely lovely man. We enjoyed his talk and he engaged well with the audience." - Scottish Institute for Enterprise 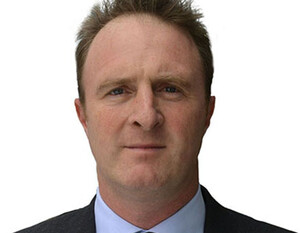 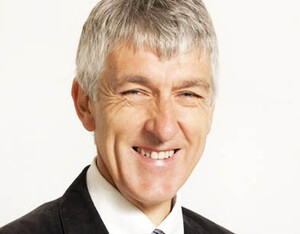