Henning Wehn is the self-proclaimed ‘German Comedy Ambassador’ in London. From corporate beginnings to top comedian performing on all of the biggest comedy shows the UK has to offer, Wehn is a brilliant comedian to entertain at events. Combining dry humour with German stereotypes, Wehn appeals to the British sense of humour expertly.

Starting his working life studying Businesses Administration in Münster, Henning Wehn moved to England from Germany in 2002, to work in marketing. After watching an open mic night one evening in London, he decided to make a drastic career change and give comedy a go. Warming up audiences for high profile acts, such as Stewart Lee, helped Wehn get his shoe in the door of the competitive industry, back in 2003. Since his early gigs, he has gone on to become a popular act in his own right, headlining tours and shows across the country.

A top choice for pannel shows Henning Wehn has appeared on all of the best comedy programmes on British television, from ‘8 Out of 10 Cats’ to ‘Have I Got News For You’, ‘Room 101’ to ‘Would I Lie To You?’. Evidently a hit with audiences for his quick wit, Wehn presented ‘An Immigrant’s Guide to Britain’ on Channel 4, where he ran a social commentary on everything from confusing British politics to the art of banter. In 2012, Wehn also had his own show on BBC Radio 2, titled ‘Henning Knows Best’.

By popular demand, Henning Wehn completed his first live tour in 2011 ‘My Struggle’. Receiving rave reviews for his hilarious show, he was spurred on to complete a further six tours, with his most recent ‘Get On With It’ starting in 2018. Due to end later in 2020, ‘Get On With It’ has been a huge hit over the last two years with many of the dates selling out.

A fantastic comedian who offers a hilarious perspective on British life, Henning Wehn is always well received at private events and corporate functions. With nearly two decades on the circuit, Wehn knows how to adapt to his audience and ensure everyone leaves laughing.

Contact the Champions Speakers agency to book Henning Wehn for your event today. Simply call a booking agent on 0207 1010 553 or email us at agent@championsukplc.com for a free quote. 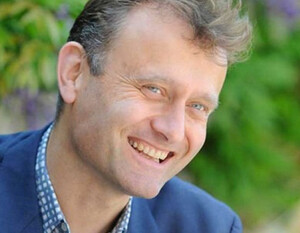