Grace Beverley is a leading entrepreneur, famed for being the founder of TALA and Shreddy. Also known by her moniker GraceFitUK, Grace has amassed an impressive online following as a social media influencer – sharing content on fitness and veganism. Having also worked with famed brand Gymshark, Grace is now booked as a speaker for a range of corporate events to share how she went from being a student at Oxford University to being named as London’s Young Entrepreneur of the Year 2019.

A successful female entrepreneur, Grace initially followed her talent as a singer, gaining a Choral Scholarship to St Peter’s College at Oxford University and graduating in 2019. Before establishing her own social media empire, Grace was a Social Media Coordinator for Vivere l’Italiano, later setting up social media accounts under the moniker GraceFitUK. Building a reputation as a social media influencer, Grace shortly became well known for sharing content on fitness, selling workout and diet guides to her fans. After working with Gymshark, she gained support from Genflow which allowed her to found Tala and Shreddy.

In 2016 – Grace founded Shreddy, a fitness company dedicated to providing expert-led gym solutions, workout and meal plans. Grace also created Grace Fit Guides, which were used by over 350,000 women over the space of two years. As the Founder of Shreddy, Grace was recognised as one of the NatWest 20 Most Exciting Entrepreneurs to Watch. In 2019, Grace founded TALA, a company creating sustainable and ethically sourced activewear without forfeiting performance or quality. Catapulting her to fame, TALA has since helped Grace gain acclaim as London’s Young Entrepreneur of the Year at the NatWest Great British Entrepreneur Awards, the UK’s 26th Most Influential Online Creator from The Sunday Times, the James Joyce Award recipient from University College Dublin and on the Forbes 30 Under 30 List of Retail and E-Commerce. She is also the author of the Sunday Times Bestseller Working Hard, Hardly Working: How to Achieve More, Stress less and Feel Fulfilled.

Having also achieved qualifications in Sustainable Business Strategy from the Harvard Business School, Grace is now a popular choice as a speaker for a range of corporate events to share how she created her fitness and activewear empire. Shaking up the archaic business world with her new and innovative products, Grace is widely regarded for paving the future of D2C fitness. Boasting a global online reach of 1.5 million-plus, Grace has also been featured in Glamour alongside stars such as Rihanna and Emma Watson as one of the 10 Amazing Multi-Hyphenates to Be Inspired By. Taking the world of gym wear and fitness by storm, book Grace Beverley as an inspirational female entrepreneur breaking glass ceilings for your next event. 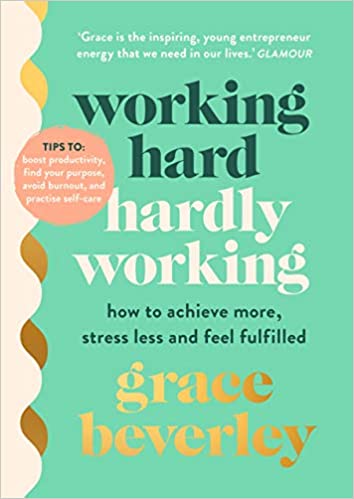 How to hire Grace Beverley

Contact the Champions Speakers agency to provisionally enquire about Grace Beverley for your event today. Simply call a booking agent on 0207 1010 553 or email us at [email protected] for more information.