A world-famous former racing driver who spent his career driving for some of the top international race teams in the world of Formula One, including Renault and Ferrari, Giancarlo Fisichella is known for winning three Grand Prixs, twice winning the Le Mans 24 Hour and for winning the GT Class at Road Atlanta.

After working his way towards the F1 tracks, via Go Karting, as is the journey taken by most motorsports stars, Giancarlo competed in the Italian Formula Three Championship for the first time in 1992. He would also compete in the tournament for the next two years, finishing second in 1993 before winning in 1994. After a brief-hiatus from the super-high speed world of the Formula series, he became a test driver for Formula One team, Minardi. Due to Minardi needing the funding that only a household name could bring, Giancarlo moved across to join Eddie Jordan's team, joining Ralf Schumacher.

There, he proved himself a top F1 driver, gaining his first podium finish in 1997 at the Canadian Grand Prix. He would also pull of an impressive runner-up spot in the Belgian Grand Prix to earn himself a move to Benetton. Though Benetton were not able to compete with the latest engines following Renault's F1 withdrawal, Giancarlo remained competitive, outperforming Jenson Button and scoring high finishes in Grand Prixs.

After his 2002 move to Jordan, Giancarlo recorded a race win at the Brazilian Grand Prix, representing his first F1 triumph. This brought him a move to Sauber where he would compete and beat teammate Felipe Massa with 22 championship points. Renault followed, where he won his second race at the Australian Grand Prix in 2005. He would win his third and final F1 race win at the 2006 Malaysian Grand Prix. Giancarlo and Fernando Alonso were able to push Renault towards the World Constructors' Championship, ending the six year dominance of McLaren and Ferrari.

After ending his career in F1 in 2009, he would go on to be a reserve driver for Ferrari in 2010 before winning the GTE Pro Division of the Le Mans 24hrs on two occasions. An engaging motorsports speaker with an enviable track record, Giancarlo Fisichella is one of the most highly respected drivers in F1 history.

Contact the Champions Speakers agency to book Giancarlo Fisichella for your event today. Simply call a booking agent on 0207 1010 553 or email us at agent@championsukplc.com for a free quote.

When he's at corporate events, Giancarlo is known to cover the following topics: 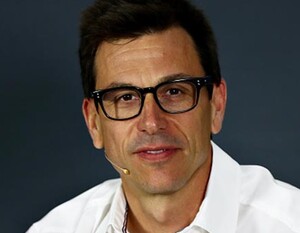 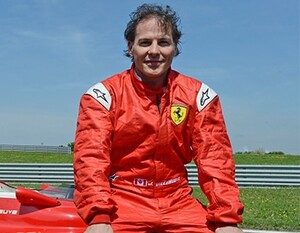