Fay Presto is Britain's top transgender female magician, greatly known for her transformation from Letitia Winter into her entertainment persona. Being a respected member of The Magic Circle has allowed Fay to not only perform on some of Britain's largest shows and stages, she has also been personally invited multiple times to perform for Her Majesty The Queen.

Fay had multiple career changes before entering show business, including roles such as a Laboratory Assistant and a career in Engineering Sales. In her mid-thirties, she decided to enter the show business industry and started training as a magician. Fay has performed for many high-profile celebrities throughout her career and has also been part of multiple television appearances, including Emmerdale, Coronation Street, The Late Late Show, and multiple others.

In 1998, Fay Presto was voted ‘Party Entertainer of the Year’ by Tatler Magazine. She also won the title of ‘The Magic Circle Close-up Magician of the Year 2012’ due to her dedication to her performances. A key achievement in Fay's career has been that she was personally invited to perform for the Queen multiple times. Her performances are powerful and engaging, which is why her talent is enjoyed by people of all ages and backgrounds.

Fay Presto specialises in close-up magic, with her well-known ‘bottle through the table’ trick ranking as the 37th greatest magic trick on Channel 4’s how ‘50 greatest magic tricks.’ She has experienced performing in many different venues and can be professional around any audience size which is why she continues to perform at events. When looking for an entertainer who can amaze a crowd, look no further than Fay Presto. 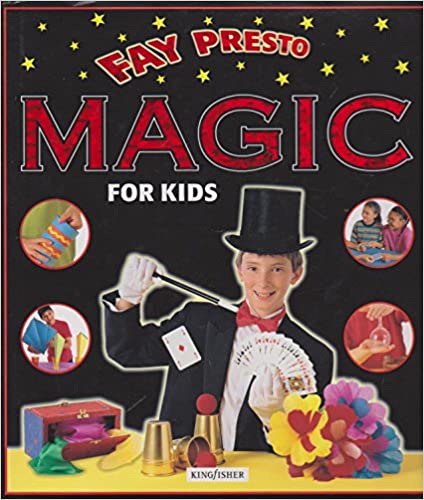 How to hire Fay Presto

Contact the Champions Speakers agency to provisionally enquire about Fay Presto for your event today. Simply call a booking agent on 0207 1010 553 or email us at [email protected] for more information.

1998- Voted ‘Party Entertainer of the Year’ by Tatler Magazine

Dynamo
Extraordinary Magician & Illusionist Who Has Walked On The Thames, Levitated Above The Shard & Walked Through Windows
View Profile
Image