One of the most extraordinary talents to grace the earth, Eric Cantona is not just a former footballer and actor but a global icon. Known for his charismatic and outspoken persona, Cantona was an inaugural inductee into the English Football Hall of Fame in 2002 but is so much more than a footballer. An enigmatic personality with the ability to effortlessly enthral and entertain fans and supporters regardless of his engagement, many believe the Frenchman was one of the Premier League's most controversial players ever.

A larger than life personality that always stole the headlines, Cantona epitomised greatness through his decorated career while experiencing both the highs and lows of both life and the beautiful game. A cult figure and living legend, following his retirement Eric has gone on to management and acting where he has appeared in a number of roles that have further increased his already unprecedented demand.

Alongside all of these commitments and engagements, Eric Cantona has gone on to become a fantastic football speaker where he delivers extremely insightful and entertaining performances while sharing legendary tales from one of football's most mercurial careers.

An imposing, robust, hard-working and tenacious forward that effortlessly combined technical skill and creativity with power and goalscoring ability, Eric Cantona is often regarded as having played a key role in the revival of his beloved Manchester United as a footballing force in the 1990s and holding an iconic status at the club.

Famously wearing the number seven shirt at Manchester United with his trademark upturned collar, Cantona is affectionately nicknamed by the Old Trafford faithful as "King Eric" as a testament to his prowess and was voted as the clubs greatest ever player by the Inside United magazine. A breath-taking and spectacular talent on the pitch, set against his achievements in football was a poor disciplinary record for much of his career.

Dealing with his fair share of adversity and criticism throughout his life, Cantona not only discusses the fond memories from his career as a football speaker but also shares difficult periods of his life including a conviction for an assault on a fan for which he received an eight-month suspension. A tale like no other that draws huge attention from the guests at events, Cantona delivers compelling and engaging performances as a football speaker and also recollects his return to playing following his suspension in which he was handed the captaincy from the great Sir Alex Ferguson allowing him to deliver wonderful leadership advice as a football speaker.

Having worked alongside the likes of Cate Blanchett during his prospering acting career, the instantly recognisable figure has also been the face of a number of sponsorships and advertising campaigns citing his prominence not only in football but also in everyday life and the media. Discussing a plethora of experiences from his life during his work as a football speaker, from the Cannes Film Festival to the Premier League, much life his football, Eric Cantona is electrifying.

A legend of Manchester United and an English Football Hall of Fame inductee, Cantona won four Premier League titles in five years and two League Cup and FA Cup doubles during his time as a 'Red Devil'. A talisman, leader, hero and icon that exudes confidence, self-assurance and an unmatched aura, Eric Cantona is available to hire as a football speaker through Champions Football Speakers Agency where he is certain to be a fantastic addition to any occasion and raise the prestige of honour of your event.

Contact the Champions Speakers agency to book Eric Cantona for your event today. Simply call a booking agent on 0207 1010 553 or email us at agent@championsukplc.com for a free quote.

When at corporate events, Eric is known to cover the following topics: 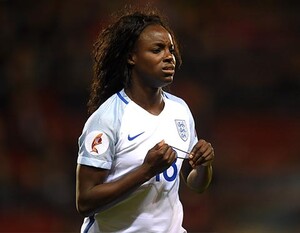