Dean Ashton is a retired English footballer who made 248 appearances, scoring 93 goals throughout his domestic career. Ashton played for 3 clubs throughout his career and enjoyed a number of games playing as a striker in the Premier League. He was deemed the next big English talent when he broke onto the scene for Crewe Alexandra and he certainly made his presence known instantly. Unfortunately, Ashton had a recurring ankle injury which stopped him from hitting the heights that pundits and coaches across the country thought he would.

Ashton’s professional career started out with Crewe and made his debut at just 16 years old against Gillingham, his first goal game in a 4-2 win against Burnley and the goals soon started to flow. He finished the season with 8 goals and helped secure Crewe’s First Division status. Ashton continued to have successful scoring seasons and scored 19 in the 2003-04 season, after scoring 18 more goals the season after, Ashton moved to Norwich City to become their record signing at £3 million.

He scored on his Norwich debut in a 4-4 draw with Middlesborough, a match in which Norwich were 4-1 down at one point. He scored his first Norwich hat trick in a 3-1 home win against Southampton. With Norwich now outside of the Premier League, Ashton was attracting lots of interest from Premier League clubs, he signed for West Ham for a fee of £7 million in 2006. Ashton helped guide West Ham to the FA Cup final and scored several goals in the competition, he scored a goal in the final which unfortunately ended in Liverpool winning on penalties after a 3-3 draw in normal time.

Ashton eventually went on to score 15 goals in 46 appearances for West Ham before retiring in 2008. Throughout Ashton’s domestic career he scored 93 goals in 248 appearances, including 61 goals for Crewe. He also played one international match for England in a match against Trinidad & Tobago.

Since retiring, Ashton has spent lots of time as a commentator on a number of different football matches, his outstanding presenting skills make him the ideal football speaker for all types of events. As an after dinner speaker, Ashton often discusses his career but also spends time discussing how to deal with injuries, maximising success and being under the spotlight.

How to hire Dean Ashton

Contact the Champions Speakers agency to book Dean Ashton for your event today. Simply call a booking agent on 0207 1010 553 or email us at agent@championsukplc.com for a free quote.

When at corporate events, Ashton is known to discuss the following topics:

"Dean was brilliant and such a nice guy too. His talk was really well received by students, parents and staff. Thanks so much for your help in securing him for us and please pass my thanks onto him." - OPGS 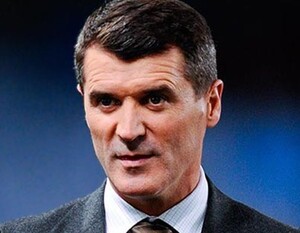