British comedian Dave Wolfe made his television debut in 1979 after appearing on ITV’s Search for a Star, since then he has worked extensively on both television and radio, however he has dedicated much of the last twenty five years to working as a corporate comedian and touring the UK on the after dinner speaker circuit.

Considered by both audiences and his peers as one of the greatest corporate comedians of our time Dave Wolfe is most well-known for his brilliant character assassinations, drawing on both audience members and public figures for inspiration. However Dave also prides himself on the versatility of his routine and ensures that he is always politically sensitive and tailors his act to suit each individual audience.

A member of SPARK and The Variety Club of Great Britain Golfing Society, Dave is often called upon to appear at golf days and work as an after dinner speaker at charity golf tournaments; thanks to his vast experience Dave Wolfe is perfectly poised to entertain at both corporate and fundraising events.

Dave’s work as a comedian has taken him around the world and he often works as an after dinner speaker at conferences in mainland Europe; many of his summer months are taken up with golf days whilst he has spent many an evening entertaining crowds in some of the most impressive comedy venues in the UK, including the Royal Albert Hall.

Contact the Champions Speakers agency to book Dave Wolfe for your event today. Simply call a booking agent on 0207 1010 553 or email us at agent@championsukplc.com for a free quote. 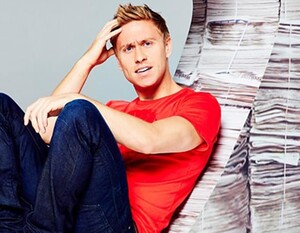