Dave Benson Phillips is the nation’s best loved children’s entertainer. A famous face of the small screen for over thirty years, Phillips has entertained his way to becoming an icon of British culture, and continues to perform for television, live shows and events across the country. Bubbly, enthusiastic and engaging Dave Benson Phillips is the number one entertainer for children’s parties, awards shows or private events.

Best known as the face of Playhouse Disney, Phillips began presenting the channel live in 1998. On the show he could be seen singing Disney songs, dancing to jingles and playing family friendly games with viewers which gained him a reputation as a fun, upbeat presenter. Additionally, Dave Benson Phillips is recognised for his role on The Fun Song Factory, where he replicated the same lively persona, for five years prior to his Disney debut. A well loved face of the small screen, Phillip’s presenting gigs define a generation for many, and is why he is still so popular today.

A natural born performer, Phillips got the showbiz bug when he was working as an usher at a Children’s theatre, which led him to pursue work as a children’s entertainer and party performer. After gaining some experience, Phillips went on to sign a contract with Pontins and Haven Holidays as a children’s holiday rep, bringing all his fun to the stage. A chance encounter with a talent scout for the BBC saw his natural abilities as a performer recognised and he was asked to audition for a children’s television production, thus beginning his lucrative career in the media.

As a long standing industry professional, Dave Benson Phillips still has a clear place on children’s television and is highly in demand to present shows for a younger audience. Currently, he is the face of ‘Get Your Own Back’, a touring family friendly game show, which is based on the series he also used to front in 1991, proving his work is timeless. Additionally Phillips is available to hire as a party entertainer, and is sought after across the country for his unrivalled experience, approachable nature and above all undeniable fun, that he brings to every occasion.

How to hire Dave Benson Phillips

Contact the Champions Speakers agency to book Dave Benson Phillips for your event today. Simply call a booking agent on 0207 1010 553 or email us at agent@championsukplc.com for a free quote. 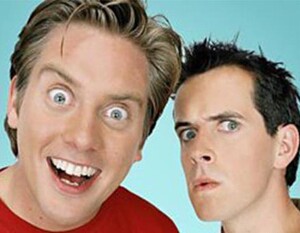 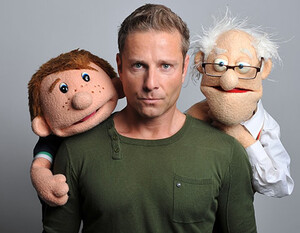 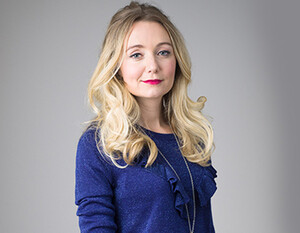 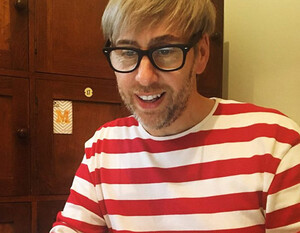