The longest ever serving team captain at Manchester United, Bryan Robson OBE, began his footballing career in the early 1970’s and went on to cultivate an almost thirteen yearlong place at Manchester United between 1981 and 1994. Now an experienced sports speaker and club manager Robson is available for hire as a football player for various sports themed and corporate events.

With a number of accolades to his name including winner of the Best Manchester United Player of All Time< in 2011 and, with 90 caps to his name, sixth most capped England player of all time Bryan 'Robbo' Robson remains one of the most popular footballers and specialist football speakers on the roster. His post-player career as a sports speaker and manager at Middlesbrough has allowed Robson to continue to work within the industry, he has played an integral part in turning around the fortunes of a number of teams close to relegation including West Bromwich Albion. Outside his work as a football speaker, Robson has also been involved in the coaching and management of the Thailand international team; however despite a relatively successful stint in Asia, Robson resigned from the team in 2011.

Following this Robson returned the UK as a sports speaker and was nominated as the global ambassador for Manchester United. In 2011 it was revealed that whilst working as a football speaker and manager in Asia, Robson underwent surgery in Bangkok to treat him for throat cancer. Since recovering from the illness Robson has returned to his career working as a passionate and enigmatic football speaker. Beyond his wide-reaching appeal as a football speaker Robson’s achievements were officially recognised in 1990 when he was awarded an OBE in the Queen’s New Year’s Honours, whilst in 2002 he was inducted in the English Football Hall of Fame.

Contact the Champions Speakers agency to book Bryan Robson for your event today. Simply call a booking agent on 0207 1010 553 or email us at agent@championsukplc.com for a free quote.

When at corporate events, Bryan is known to cover the following topics:

See what people had to say about Bryan, when he appeared at their corporate events:

"All went perfect thank you, the night was a complete sell-out!! Bryan went down a storm!"
Lincoln Golf Centre

“Bryan was great on Friday and I think the show went well, I hope he enjoyed it as much as we did. He was a perfect gentleman and we will use him again.”
Kevin Baker - BWI Events.

"We had a great day with Bryan, he was a gentleman and we got exactly what we needed from him so thanks a million again! The Irish media adored him and client happy so we're thrilled. Thanks a lot again and look forward to working with each other in the future."
Tom Quilligan - Account Executive Legacy Consultants 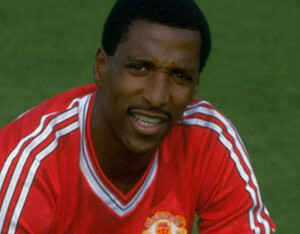 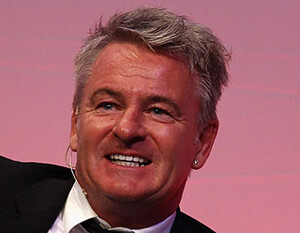