Brian Laudrup is probably one of the greatest strikers Denmark has ever had, not only due to his technical skills but also due to his speed and elegant movements when he dribbles. A wonderful football speaker,  Brian has experienced top-flight football for the entirety of his career, giving him a plethora of anecdotal tales to deliver as an after dinner speaker.

These skills gave him a long and glorious career in FC Bayern München, ACF Fiorentina, AC Milan, Glasgow Rangers, Chelsea FC, FC Copenhagen and in the year of 2000 he finished his career at AFC Ajax Amsterdam. Laudrup was elected a total of four times as the greatest player in Denmark, which is more than any other Danish player has achieved. Furthermore, he was awarded the same title in Scotland twice as the first none-British player given that honour.

Spectators respected him for his virtuoso dribbling and elegant break-through, as he also demonstrated in Sweden in July 1992 when Denmark won the European championship. On the national team, Brian Laudrup has played 82 games and made 21 goals.

As an after dinner speaker and sports speaker, Brian speaks of how he achieved peak performance and attempts others to do the same in their own lives. At present, Brian Laudrup works as a football expert and host on TV where he covers Champions League on the Danish channel TV3. Together with the former Danish goalkeeper; Lars Høgh he has a football camp; Street Soccer for both boys and girls. The kids are in the age from 9 to 14 years old.

A legend to many renowned clubs, Brian's tale of sport as a football speaker at an elite level inspires and motivates audiences, his approachable and warming style of talks as an after dinner speaker makes him an instant hit and a wonderful addition to your event.

Contact the Champions Speakers agency to book Brian Laudrup for your event today. Simply call a booking agent on 0207 1010 553 or email us at agent@championsukplc.com for a free quote.

When he's at corporate events, Brian is known to discuss the following topics: 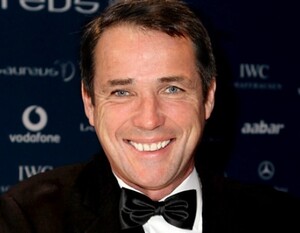