Former rugby union player, Ben Cohen is an inspirational straight ally of the LGBTQ+ community. From succeeding at the highest level of a male dominated sport, to developing The Ben Cohen StandUp Foundation, that combats all forms of bullying, Cohen exemplifies the power of utilising your platform. An award-winning activist, and member of the victorious 2003 World Cup team, Cohen has used his mental resilience, leadership and drive, that was developed on the pitch for his further ventures. Instilling the same valuable qualities in audiences of his talks, as a speaker, Cohen offers an insightful and educational talk, that inspires individuals and corporations to speak up against injustice.

Making his debut for the England national team in 2000, Cohen went on to appear a on a further 57 occasion over the course of six years. From scoring two tries in his inaugural Six Nations in 2000, to being named Man of the Match for the same tournament in 2004, Cohen’s status in international rugby was enviable. Starring in one of England’s most iconic moments in rugby history, Cohen was a key player in their win of the 2003 Rugby World Cup, and was named MBE in 2004 for his services to the sport. Equally prevalent in his club career, Cohen is best recognised for the 11 years he dedicated to Northampton, where he won the 2000 Heineken Cup before completing shorter spells at Brive and Sale Sharks.

Upon his retirement in 2011, Cohen was introduced to a fan page, dedicated to him as a gay icon. Realising the unique position he found himself in, as a straight man he was able to bridge the gap between the gay and heterosexual community, through his position as a sporting star. Establishing The Ben Cohen StandUp Foundation in 2011, Cohen committed to raising awareness of the long-term implications of bullying. Since, he has become a pillar of the gay community, being featured on the cover of Out Magazine and inducted into the National Gay and Lesbian Sports Hall of Fame. He has also worked with the Home Office to spearhead the StandUp charter for ending homophobia in sports, as a respected leader in the cause.

Cohen’s prestigious public profile, established through sports and activism, has seen him become a feature of the mainstream media, starring in Strictly Come Dancing, The Jump and Sport Relief. Developing his confident and relaxed presentation style through his media engagements has ensured Cohen’s keynote and after dinner talks are engaging for all in attendance. A highly accomplished speaker, Ben Cohen is uniquely placed to entertain and advice his audiences. 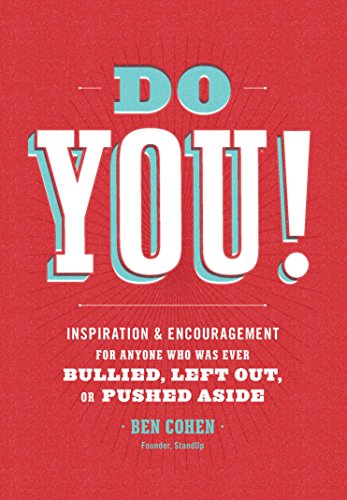 Do You: Inspiration And Encouragement For Anyone Who Was Ever Bullied, Left Out, Or Pushed Aside 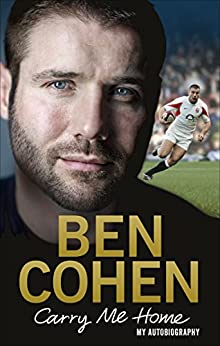 Carry Me Home: My Autobiography

How to hire Ben Cohen

Contact the Champions Speakers agency to provisionally enquire about Ben Cohen for your event today. Simply call a booking agent on 0207 1010 553 or email us at [email protected] for more information.

Take a look at what people had to say about Ben as an after dinner speaker.

"From my point of view, Ben was fantastic – he was prompt, polite and a great speaker." - Laura, McDonald butler

"Wanted to say a massive thank you for all your help and information last week, the event was a great success! I look forward to working together again in the future!" - Gabriella, Red Consultancy