Andrew Hall is a former South African first-class cricketer, playing from 1999 to 2011. Best known as an all-rounder player, Andrew has spent time as an opening batsman and in the lower order. He has played for both international and domestic cricket teams, experiencing different perspectives of the game.

Andrew began playing cricket as part of the indoor cricket team for South Africa and has since played for teams such as Transvaal, Gauteng and Easterns. In 1999 Andrew made his One Day International debut in the match against the West Indies at Durban. After this match he became a regular player on the side, playing with them until 2007. Whilst he played with the team he was given the chance to compete in both the 2003 Cricket World Cup and the 2007 Cricket World Cup.

In 2003 Andrew was called up to the South African squad, impressing the team and fans alike with 16 wickets in the Test series. 2004 brought Andrews next big game, taking part in the Test series against India. Andrew holds the World Record 8th wicket stand in ODI cricket, with a record of 138 with Justin Kemp made against India in 2006. 2007 saw Andrew make his maiden 5 wicket hall, made whilst playing in the 2007 World Cup. In September of 2007, Andrew made the decision to retire from international cricket.

Alongside his international career, Andrew also played a county career. In the 1999 NatWest Trophy, he played for the Durham Cricket Board, which was his first experience of playing for a county team. In 2002 Andrew played in a List A match, during the 2002 Cheltenham & Gloucester Trophy. During the 2003 and 2004 seasons, Andrew had the opportunity to play senior England cricket for the first time when he played for Worcestershire. In 2005 Andrew decided to go and play for Kent cricket, where he remained until 2007 before moving to play for Northamptonshire in 2008. Whilst playing for this team he became a record-setter, setting the record for the sides best Twenty20 bowling figures. In 2010 Andrew was given the opportunity to captain the team, which he captained until 2012. Andrew continued to play cricket until the end of the 2014 season, before announcing his retirement from cricket shortly after.

With his diverse playing history and time as a captain, Andrew is able to deliver knowledgeable and eloquent speeches around cricket. He is the perfect addition to any corporate event or function and is guaranteed to light up the room.

Contact the Champions Speakers agency to book Andrew Hall for your event today. Simply call a booking agent on 0207 1010 553 or email us at agent@championsukplc.com for a free quote. 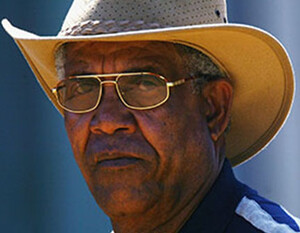 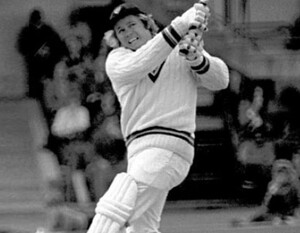