One of the UK's favourite sports journalists, Amy Dargan has covered everything from motorsport to football. Specialising in the world of motorsport, she has presented and reported on major events including Formula One, Motocross and MotoGP.

One of the most famous faces in the broadcast of high-octane sport, Amy has a lifelong affinity with the motorsports scene. Having started out at just 17 years of age, she worked towards the regular presenting roles that she enjoys today. Starting as a grid girl, she was inspired by motorsport presenter Suzi Perry to make the leap into broadcast.

She took her chance when the World Motocross Championship was looking for a reporter a month before the start of the season. Having earned a broadcast journalism degree and with experience working on the series, building up contact with the riders and everybody around the sport, Amy took on the responsibility of reporting on the events.

Since her debut as a pit lane reporter for the FIM World Motocross, she has presented and reported at the FIM Speedway World Championships, the FIM Speedway World Cup, the Motocross of Nations and the MotoGP Championship - the latter for Fox Sports and Dorna Sports. She has been a pit lane reporter for the Speedway Grand Prix at the Millenium Stadium in Cardiff, in front of 50,000+ people.

Throughout this time, she has featured prominently around the world as a live event host , covering events for various brands, teams and shows. She has co-hosted corporate engagements with the likes of Paul McGinley and Freddie Flintoff, as well as hosted events, Q&As and given speeches at events including the Blackbook Motorsport Dinner and Geneva Supercross.

A knowledgeable and engaging host who blends personality with authority expertly, Amy Dargan is one of the most widely-respected broadcasters in her field. In-demand at events, both sporting and corporate around the UK and beyond, Amy is a truly confident broadcaster who brings to life major motorsport events with ease.

Available to speak at events or host proceedings at erudite or casual corporate engagements, Amy is the engaging, well-informed host you might be looking for.

Contact the Champions Speakers agency to book Amy Dargan for your event today. Simply call a booking agent on 0207 1010 553 or email us at agent@championsukplc.com for a free quote.

When she's at corporate events, Amy is known to cover the following topics: 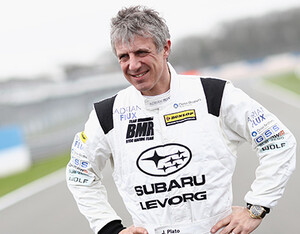