A former international athlete who competed for Great Britain in the Modern Pentathlon, Aly Vance has become the face of equestrian broadcast on an international platform. She has presented for broadcasters that include CNN Sport, the BBC, Sky Sports, BT Sport and Channel 4.

Her increased presence as a presenter in the global media has won Aly increased recognition. As a regular reporter on equestrian coverage for CNN and At the Races, Aly has proven herself a popular, down to earth and succinct host, able to report bulletins expertly and provide compelling interviews.

During her time at the BBC, Aly scripted and read sports bulletins across a number of events and broadcasts, which include the London 2012 and Rio 2016 Olympic coverage. She is often found behind the scenes at the world's biggest sporting events.

Now, with much of her time spent as an internationally-renowned presenter, Aly is recognised from China to the USA and beyond. She's toured locations from Shanghai to Paris; Doha to London; Monaco to Miami.

Her most recent events include appearances at Leaders in Racing Conference, London, The Pony Club Conference, Edgbaston Cricket Club, Birmingham and the Longines Ladies Awards in Washington DC.

An enthusiastic and engaging after dinner speaker and event host, Aly is the ideal choice to entertain and host at sporting occasions, corporate events and award ceremonies. Hosting summer festivals such as the Royal Ascot and the Qatar Goodwill Festival, appearing in corporate videos and doing voiceover work, make up much of Aly's busy schedule.

One of the most dedicated presenters on television, with attention to detail that is second to none - Aly Vance is an astute host whose style has captivated hundreds of thousands of people around the world.

Contact the Champions Speakers agency to book Aly Vance for your event today. Simply call a booking agent on 0207 1010 553 or email us at agent@championsukplc.com for a free quote. 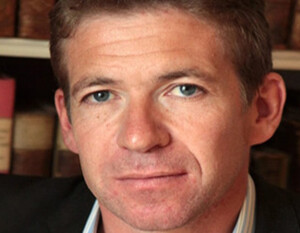