The rise of cybercrime has been on an upward curve, with over 1 million new breaches coming every hour. In the past decade, breaches of records have grown over 118,321% from 3.8 million (2010) to 4.5 billion (2018) making cybercrime a monumental issue for businesses, governments and organisations around the world.

In 2019, 32% of organisations and 22% of charities are reporting cyber attacks or breaches, this is costing businesses an average of £4,180 and charities £9,470 each year for the cost of repairing the damage, time spent dealing with the problems and placing prevention measures for future attacks.

For an expert opinion, trends and advice on cybersecurity statistics, strategies and insight into the future, book the best cybersecurity speakers. Here are just 10 top authorities - click on their names to scroll the page and find out more.

Sarah Armstrong-Smith is the Chief Security Advisor for Microsoft. As part of the global technology company, she practices cloud adoption and security strategies, two topics she now discusses as a technology speaker. At events, Sarah supplies top tips for protecting your company against phishing and ransomware attacks, to name a few of her specialities.

Having spent time protecting commercial ocean liners from piracy, Lisa Forte moved into counter-terrorism for the UK Government, finally emerging as an expert in social engineering and cybercrime, Lisa Forte is now the founder of Red Goat Cyber Security and is one of the world's top cybersecurity speakers.

A specialist in cybersecurity and global organised crime, Misha Glenny states that he expects that 15% of global GDP comes from organised crime. A cybersecurity guest speaker whose speeches on the evolution of cybercrime and how global crime networks work - are some of the most fascinating on the scene.

Chris Wylie is the data consultant who broke the Cambridge Analytica scandal, showing the company to have possession of 87 million Facebook user's personal information, which was to be used in building targeted political campaigns. He has since appeared in the TV documentary - The Great Hack.

A thought leader in the behavioural side of cybersecurity, Dr Barker's extensive insight into data privacy and security is sought-after around the world, earning her regular appearances on BBC, Channel 4 and Sky News and a reputation as one of the top women in cybersecurity.

The former director-general of the government's intelligence and cybersecurity agency, GCHQ, Robert Hannigan was the creator of the UK's original cybersecurity strategy. He also launched the active cyber defence program in 2016. 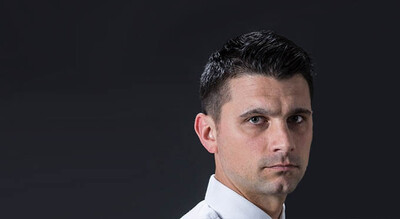 Ben Owens is one of the most recognisable figures in cyber security, following his success on the BAFTA-nominated, 'Hunted'. As a speaker, he discusses the many facets of cyber security as well as how to stay safe in a post-digital revolution world.

"I dislike the term 'risk management', I feel in many cases it means 'risk juggling'. It is, in many places, almost the opposite of security. When I say 'securing', I mean securing the systems, fundamentally, proactively."

From one of the world's most infamous hackers to a globally renowned cybersecurity speaker, Greg van der Gaast is an exciting addition to corporate conferences and events. His holistic approach to digital security equips people with the skills needed to protect themselves online.

"I think of cyber security like physical security. Imagine a castle with the Crown Jewels locked inside. You can do the basics – locks on doors and employ a guard. But if the attacker is resourceful enough, they will get around that. So you build a moat. They get a boat. So you put up barbed-wire. They attack from the sky. And so it goes."

Joe Tidy is the BBC's first ever cyber specialist, a title that reflects his nationally-recognised insight. At events, audiences are captivated by Joe's natural presenting style and leading knowledge of online safety and digitisation. Do not miss this opportunity to equip your business with the skills needed to identify attempted cyber attacks.

"Less than 3% of venture capital went to women-led businesses globally, in the UK it sits at half a percent... We're not asking for anything other than an equal opportunity in what we do... In the fintech and the cryptocurrency and the digital space, it's not much different from anywhere else. We are still fighting to have a place at the table and have credibility"

Looking for a cybercrime expert or top cybersecurity speakers to help in managing cybersecurity risks? Simply get in touch with our team today, and we will find the right expert for you.

With access to the top specialists in the field, we might as well be a dedicated cybersecurity speakers bureau. If however, you haven't been able to find what you're looking for, we have many keynote speakers available in all areas from big data to business management.

To book a cybersecurity speaker, contact us by filling in our online contact form or by calling a booking agent directly on 0207 1010 553.