Director of the Institute for Fiscal Studies, and a member of the Committee on Climate Change, Paul Johnson has worked extensively on the economics of public policy with a focus on education, climate change, social security, and public finance. 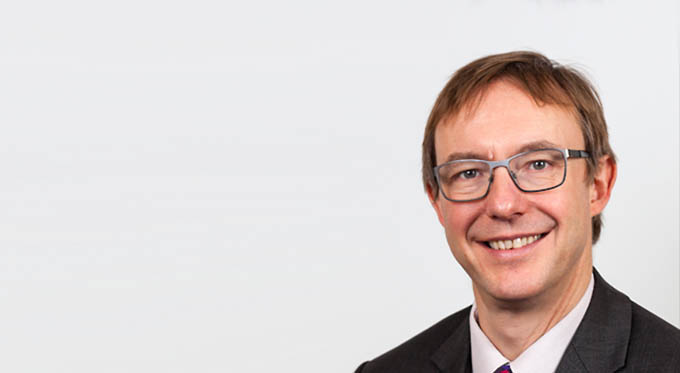 As a highly influential figure in British economics, Paul sports an impressive CV, previously working for HM Treasury, the FSA, the Department of Education, and as the Deputy Head of the Government Economic Service. In 2018, Paul was awarded a CBE for his services to social sciences and economics, a testament to his driven nature and passion for politics.

As a dedicated speaker, Paul possesses the ability to eloquently educate and captivate his audience in equal measure, proven through his role as a visiting professor at the Department of Economics, University College London. In this exclusive interview, Paul discusses the societal inequalities emphasised by the global pandemic, highlights the importance of closing the gap between government policy makers and policy followers, and offers his economic predictions for 2021.

Q: Financially, who has been affected the worst by the pandemic?

“We've all been affected by the pandemic in one way or another, but it has been a pretty unequal experience - it's really built on the inequalities we've already got in society.

“The young have done a lot worse economically than the old, particularly young people entering the labour market the first time who have left school or university in the last several months, but also a lot of young people under the age of 25 because they’re so much more likely to be working in industries like retail and hospitality.

“Among school children we've also seen huge inequalities. In the initial lockdown back in March/April, all kids lost out in terms of going to school, but the impact on the education of those from poorer backgrounds was actually much more because they were much less likely, either to access online learning or to engage with it.

“We’ve also seen big increases actually in inequality in mortality. So, we know that people from poorer regions and poorer people die younger than others, but actually, that has been exacerbated by the pandemic.

“We've really seen an extraordinary picture all of the inequalities we had before the pandemic, just getting bigger in many ways as a result of this year.”

Q: As vaccines begin to roll out - should businesses start making plans for the future?

“In terms of planning beyond next spring when we think the vaccine will start to really take effect, I think businesses have to assume that things will begin to get back to normal. But again, they don't really know whether they're going to need to continue investing in social distancing, in screens in offices and so on, to keep people apart.

“There's also uncertainty, of course, to know the extent to which businesses and people working there will continue to work from home. If you're a retailer in central London, like a sandwich shop serving office workers, you don't know how much of that business is going to actually come back.

“Even if we knew when we could stop worrying about the pandemic there would still be a lot of additional uncertainty going forward.”

Q: Do you think any industries will be unable to financially recover, considering the ongoing pressures on hospitality?

“We know that there are some sectors that have done really well actually over the last year, including big online retailers.

“I think what we've seen has been an acceleration of a trend away from high-street retailers to online retail, and so those online businesses are doing extremely well.

“The big unknown is if there will be a real hospitality boom next year. Assuming we move away from all this social distancing, the question is, will lots of people go out and really make the best part of next year with eating out and going to bars and so on?

“It’s the same with the airline and travel industry. Are we all going to go on three holidays next year to make up for the one we didn't have this year?

“The next year or so will remain uncertain, and I think the biggest worries must be for the city centre businesses serving office workers because of the uncertainty about when and if the office workers will properly return.”

“I think we do gain a lot of productivity from being around our colleagues in the office, the creation of ideas and the unintended positive outcomes.

“I'm worried, actually, about the about the possibility that there'll be a lot more working from home in the future for several reasons. One is the impact on certain parts of the economy, for example those businesses serving people working in offices.

“One of the risks is that it significantly accelerates the move to outsourcing jobs from the U.K. to other countries. If you can work from home in the UK, then you might as well be literally anywhere in the world.”

Q: As a member of the Committee on Climate Change, what needs to be done to help businesses create a more sustainable culture?

“For most businesses, it's a number of relatively small things that need to be looked at, rather than one big change.

“Different businesses use energy in very different ways, so to really reduce the emissions of the big producers of greenhouse gases, the big manufacturing industries like steal works and so on, would require a really big technological change. Now, that’s something that's going to require government grants and support.

“For other, smaller businesses, the key is really in the use of electricity and energy - lighting and heating. Finding the most efficient ways of doing that is ensuring that buildings are appropriately insulated and so on. This is relatively straightforward, but frankly, is never really at the top of people's agendas.”

“Government really does need to play its role if we're going to get business consumers moving towards carbon free or more sustainable behaviour.

“We've had extraordinary success in renewable electricity production and that didn't happen simply out of the goodness of the hearts of electricity companies. That happened because the government actually structured the market so that it was profitable to produce wind power and, increasingly, solar power, to increase the take up of that, which has led to dramatic reductions in price.

“That has been an enormously successful partnership between governments setting the framework and the market, and private providers who have taken advantage of that to help drive prices down. We have had huge success in the world's renewable electricity production.

“The issues are a bit different for other industries and the rest of the economy. You really do need government setting the framework and the incentives as businesses will respond to that.

Q: Do you think the gap between policy makers and policy followers needs to be closed and if so, how?

“I think there's a real problem about the way policy is made in the UK in lots of ways, actually. One is about the sheer centralisation of policymaking and government, and we've seen that in spades throughout the COVID-19 pandemic.

“In other countries like Germany, for example, you've got much more localised decision making, which is often rather more effective. We've seen it with the test and trace system, which has been really difficult to get off the ground.

“If we look at a number of policy catastrophes of the last 20 or 30 years, starting with the poll tax back in 1990, no thought was really given by politicians and civil servants to the chaos that was created.

“There has been a whole series of policy decisions which have actually cost us tens, if not hundreds of billions over a significant period where government just repeats the same kinds of errors of centralised decision making, groupthink, and failure to involve those actually delivering the policy or those who will be most affected by the policy.”

Q: Why is it important to have diverse leadership?

“Whatever organisation you’re in, whether you’re in government or business, you need to understand the perspectives of all sorts of different people.

“There is a beautiful story about Nicholas Ridley back in the 1980s, the minister responsible for introducing poll tax. When asked how people would pay the poll tax, he said ‘well people can sell a picture or two can’t they’. He failed to understand that most people weren’t like him, they didn’t live in a mansion with the odd bit of art they could sell!

“I've also written about my own experience. Like most people in my position, I did very well at school and went to university, and so my perspective on education was shaped by that. As is the perspective of the education minister and the civil servants etc...in the delivering of education.

“But my experience with my own son who struggled in school and didn't go to university, has actually fundamentally reshaped the way I think about education. So, if you don't have people with different experiences who understand how people in different circumstances live, how they make their decisions and what they value, then you're going to miss really significant perspectives.

“This is the same in business. If you're making policy within business without diversity and inclusion, you won’t understand your customers, your suppliers and so on.”

Q: In what ways will the impact of Brexit be visible in our everyday lives?

“Day to day, Brexit hopefully won’t have too much effect on most of us. Although, there will be people who lose their jobs because of it and you can't really have a much bigger impact than that.

“There will no doubt continue to be arguments about whether the closure of this factory or that factory is down to Brexit or not.

“We will have more problems travelling abroad. Issues around health insurance when we go to Europe. Issues around knowledge sharing between schools and universities and so on, across Europe.

“I think the UK in 10 years’ time will be a different place to what it would have been had the Brexit vote gone the other way, but I suppose this is what we voted for.”

Q: What has been the highlight of your career so far?

“I was asked to go on university challenge on one of the Christmas specials as a sort of ‘Z-list’ celebrity alumnus of Oxford College and we won!

“To say I'm a university challenge winner has to be the highlight of my career!”

Q: If you could give yourself one piece of advice at the start of your career, what would it be?

“The advice I give to a lot of my younger colleagues is just to remember that working life is long. You’ve got 45-50 years of it, so you don’t need to rush. You can do a lot of different things and you don’t need to do everything in the first 5 years.

“You’ve got time to become an expert in some things and you’ve also got time to explore. So really use time wisely and understand the scale of that time, which I think is actually a really hard thing to do.”

To book Paul Johnson as the speaker for your corporate event, webinar or conference, simply contact the Champions Speakers agency by filling in our online contact form or by calling a booking agent directly on 0207 1010 553.

Exclusive Interview: Ash Dykes - Three-Time World Record Holding Athlete & Adventurer
How Will A Mental Health Speaker Benefit My Employees?
What Are LGBT Inclusion Workshops & Why Are They Important?