It’s safe to say that the 2016 American election caused quite a stir, with Donald Trump taking a surprising victory. The Republican campaign itself was seen by many as divisive but, with the dust still to settle, opinions are as polarised as ever.

Though Trump was written off originally as a clown in sections of the media, he can now put his grand claims into action and build America’s economy. Many welcome these new changes, but that does not detract from the fact that, for some, the next four years are going to be uncertain.

Champions Speakers has access to a wide range of the most respected economic and political commentators in the world, including experts on the impact of Trump’s election on international businesses.

One of the most respected authorities on global relations, is Sunday Times Economic Editor, David Smith. Our Managing Director, Jack Hayes, had the pleasure of interviewing David, to gauge his thoughts on the prospective Trump administration. 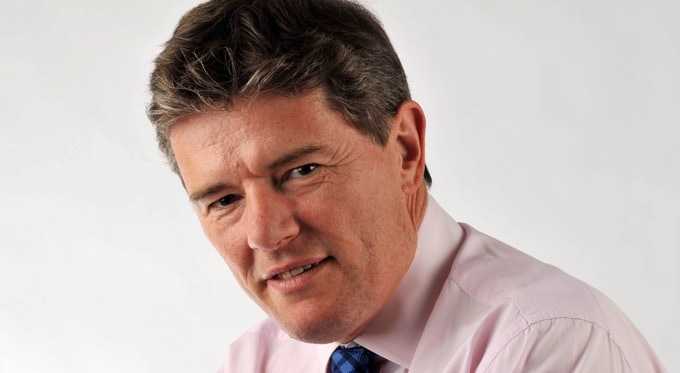 Q: What do you make of President Trump’s economic approach?

“I see there being two Donald Trumps here. The first is an aggressive tax-cutting Trump, who wants to simplify the tax code and lower the burden across the board, not only for the better off but also for people further down the income scale.”

“He speaks about slashing corporation tax from 35% to 15%, and yesterday talked about an infrastructure programme, building bridges and roads and almost going back to the 1930s New Deal idea.”

“All this comes at a time when the US budget deficit, while not as big as ours, is not insignificant and is projected to rise from its current 3% of GDP even with unchanged policies, so there are questions.”

“This is the Reagan side to Trump, with tax cuts and some public spending, and it should lift the economy and benefit some of those who feel left behind.”

“The other Trump is the protectionist Trump. Even if he doesn’t build a wall along the Mexican border, he could pull the US out of NAFTA, and put up some big trade barriers - such as tariffs on Chinese and Mexican imports. That will harm America in the short-term but, more importantly, damage the world economy.”

“So, for me, in terms of how much help he’ll be to those who voted him in, it’s a question of which Trump wins out. The expansionist, who doesn’t do anything rash on trade, gives cause for optimism but, if the protectionist comes out on top, I’d be more pessimistic.”

Q: Trump made some rather outlandish campaign promises, what is the likelihood of these coming into fruition?

“With control of both the Senate and the House of Representatives, Trump has the power to push things through, yet, as we saw to an extent with his acceptance speech, he may well row back on some of the more extreme things he’s promised.”

“In all honesty, he’s probably still quite astonished to have made it into the White House, and will want to work with Congress. Republican control does make it somewhat easier but he has made a lot of enemies in his own party.”

“I don’t think they’re all massively protectionist, and I don’t believe they’ve all given up on the idea that the deficit matters. That’s where the Tea Party exerted pressure, so I don’t think he’ll be given carte blanche, but it is better than it could have been for him.”

Q: What part will Trump have to play in international relations?

“One thing we saw under foreign policy with Obama, was a desire to reduce troop numbers in the Middle East and limit US involvement in Syria. I feel Trump, in some ways, will be a continuation of that – but, the danger is that his isolationism in foreign policy terms is combined with an isolation rooted in economic protectionism.”

“That is different to Obama, who tried to push through the Transatlantic Trade and Investment Partnership and the Trans-Pacific Partnership. Trump has made it clear he’s not interested in any of that, but I very much doubt he’ll suddenly change his ISIS strategy, for example, despite his campaign bravado.”

Q: How will Trump’s inauguration impact the relationship between the USA and Russia?

“He can’t afford to be a pushover with Putin, but I think he’ll try initially to work with the Russians, not wishing to create unnecessary problems.”

“Again, that’s not so much of a departure from Obama, who, for all his criticism of the Russians over Syria, never backed it up with meaningful action. The Trump administration isn’t going to cross the street looking for trouble with Putin in quite the same way Hillary Clinton might have done.”

“In terms of Europe, I think Trump might have sympathy with the idea [that] Russia was provoked over Ukraine, and he’s not particularly sold on NATO’s eastward expansion. It is staggering, when you look at the figures, that America has been prepared to fund 75% of NATO’s budget for this long.”

“A shift at that level could well be a real problem for Europe, and not just for the Baltic states. At a time when public finances are still stretched, can they afford much more defence spending? That said, there will be issues with Putin where he will need to respond. Sooner or later, Donald Trump will have to flex his muscles.”

Who is David Smith?

David Smith is The Sunday Times Economics Editor and a highly perceptive finance speaker, who draws from a deep well of knowledge to deliver enlightening keynotes at conferences and functions all over the world. With over 30 years of professional experience in the economic sector, audiences gravitate towards David’s unrivalled insight into politics, world finance and trade.

A truly enlightening politics speaker, his cutting-edge predictions are grounded in years of first-hand experiences, ensuring the upmost impact at events. Audiences come away with a comprehensive understanding of pinnacle political moments, including the next four years of Donald Trump’s presidency. David’s award-winning influence, as celebrated with the 2004 Senior Financial Journalist of the Year award, has the power to turn an ordinary conference, into an unforgettable affair.

To take advantage of his insight and prepare your team for the future, book David Smith for your company’s next event by calling a member of our team on 0207 1010 553 or fill out our online contact form.