Tyler Cohen Wood is a cyber security expert with over 20 years in the industry, working with some of the world’s biggest names including the American Department of Defence. She is also a regular in the media, hosting her own live show called “MyConnectedLife” and appearing on BBC World News, Good Morning America, FOX News and in The Huffington Post amongst other leading news organisations. As a speaker she has vast experience, having delivered presentations and keynote addresses to leading companies and events. Her industry-leading knowledge makes her the perfect speaker for any organisation hosting an event on any aspect of cyber security.

She started her career at Digex after she graduated from Simmons University with a BA Honours in Sociology and History. She then held several roles before she became Digital Forensic Instructor and Course Developer and then Senior Lead Computer Forensic Examiner Federal Law Enforcement at NASA. In 2011 she released her first book ‘Alternate Data Storage Forensics’ and held a role at IMB before working at General Dynamics. She then worked as Senior Intelligence Officer, Deputy Cyber Division Chief of the Special Communications Division, and the DIA Science and Technologies Directorate-selected Cyber Subject Matter Expert (SME) at the U.S. Defence Intelligence Agency (DIA) under the Department of Defence. Her second book Catching the Catfishes was released in 2014 and after leaving the DIA she held roles at Inspired eLearning, AT&T and CyberVista.

More recently Tyler became founding CEO of MyConnectedHealth Inc and is the presenter of VoiceAmerica’s My Connected Life. She also lends her expertise to various advisory boards, sitting on the Global Cybersecurity Association and EC-Council Incident Handlers global board amongst others. Her expert knowledge and commitment have seen her listed in the Top 50 Women in Tech Influencers to Follow 2021" by The Awards Magazine, Top 10 Cybersecurity speakers and influencers by Kevsbest, and a Finalist for Cybersecurity of Woman Leader of the Year 2021. She has also been a regular in the media, lending her insight to several topical issues. She has provided comments to outlets including CBS Evening News, ABC World News, the Wall Street Journal and the Washington Post.

As a speaker she has a vast amount of experience, working with a variety of companies from startups to some of the world’s most established names. She has provided addresses to events and organisations including the FedEx Cyber Security Conference, Bloomberg Legal Conference Series and Raymond James. Paired with her extensive knowledge and expertise, this experience makes her the perfect choice for any organisation looking for an informed talk on any area of cyber security. 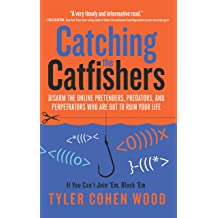 Catching the Catfishers: Disarm The Online Pretenders, Predators, And Perpetrators Who Are Out To Ruin Your Life 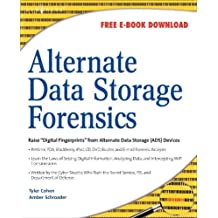 How to hire Tyler Cohen Wood

Contact the Champions Speakers agency to provisionally enquire about Tyler Cohen Wood for your event today. Simply call a booking agent on 0207 1010 553 or email us at [email protected] for more information.

Tyler is passionate and enthusiastic about her work. Lot of real time examples were covered by her, and very practical tips on how to improve our safety. Very good illustration of how all info connected together can endanger people close to us. Her Story telling skills were appreciated by all the participants. She was whole heartedly involved during the exchange of question and answers at the end of the session. - HQ, NV Bekaert SA

Tyler has a brilliant mind and a rare vision with ideas looking way into the future. Tyler’s deep experience in cyber security combined with Tyler’s personal experiences and deep passion for making the world a better place makes her an incredible leader. Tyler’s innovative approach has the potential to transform the world. Tyler is the caliber of people that one day will be compared to Steve Jobs, Ben Franklin and other brilliant minds, And most importantly, Tyler’s tenacity is awe-inspiring. She is simply unstoppable.- Behaviourally

Tyler gave a great presentation! It was well-received by our attendees and her stage presence was dynamic. Prior to the presentation, she spent some time getting to know our organization and attendees so she could craft her presentation to complement our industry and type of attendees. It makes a big difference when a speaker puts a lot of time and effort into his/her presentation to make it unique and relevant to the audience rather than pulling one of the canned presentation. We are still getting great feedback from our attendees! Thank you, Tyler! - Association of Government Accountants