Knighted in 2002 for services to food retail, Terry Leahy’s influence on international business as the former Tesco CEO is undeniable. His defining 32 year career at the grocery giant has seen him named an award winning leader, and leave a lasting impression on the industry. Now utilising his enviable experience in global branding, business diversification and future proofed strategy, Leahy continues to support others from startups to marketing leading corporations as a high profile business speaker. Dynamic in his delivery, and current in his content, Leahy’s talks are invaluable to audiences, making him a popular choice on the circuit.

Appointed CEO of Tesco in 1997, Leahy’s visionary earlier work in developing the Tesco Club Card programme, ahead of its competitors, secured Tesco’s position as the number one supermarket in the UK in 1995. Through innovative growth strategy, unfaltering leadership and ethical team management, Leahy grew Tesco’s UK market share by 10% to 30% of the overall UK market. On retiring in 2011, Leahy had led Tesco to become the third biggest retailer in the world, and was named Fortune European Businessman of the Year 2004 for his impressive management.

From humble beginnings to international esteem, Leahy’s early life was less fortunate, which gave him the drive in order to succeed. Gaining a quality education through scholarship programmes, Leahy’s first roles out of university were stacking shelves in the supermarket giant he would later spearhead. An example of the achievement reached through resilience and determination, Leahy was initially rejected for an office job at Tesco, undeterred, he returned in 1979 as a marketing executive, thus beginning his lucrative career.

Named Britain’s Most Admired Business Leader in 2005, Leahy has since utilised his global status to support startup companies, and consult on the qualities he believes are required for such success. For a period of five years Leahy was Chairman of the Board for B&M Retail, in which time he more than doubled their UK store portfolio, and guided them to an exponential increase in sales. Speaking on how he replicated retail success throughout his career, as a keynote speaker Leahy offers transformational advice, on an individual and company wide basis to his audiences. From overcoming setbacks to changing business direction, Terry Leahy is internationally revered for the impact he has as a speaker. 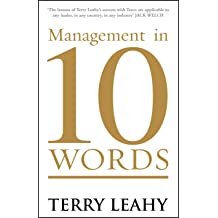 How to hire Sir Terry Leahy

Contact the Champions Speakers agency to provisionally enquire about Sir Terry Leahy for your event today. Simply call a booking agent on 0207 1010 553 or email us at [email protected] for more information.