Sue Smith is one of the nation’s best loved professional female footballers, who has enjoyed over two decades on the pitch for England. An equally high profile pundit, Smith has reported on some of the most exciting matches in recent years, and remains at the forefront of the sports industry. As a speaker, Smith offers audiences a unique opportunity to hear about the ever growing female side of football, the challenges of a career in a male dominated world and how she overcame barriers to become a formidable player.

Since her debut for the England national team in 1997, Smith has proven herself as a consistent and talented winger and forward. From scoring a hat-trick in a 2001 match against Spain to being one of only seventeen players selected for a central contract, Smith’s career has been nothing short of remarkable. Throughout her twenty one years playing for England Smith made ninety three appearances and was awarded the International Player of the Year award in 1999 and 2001 for her impressive displays on the pitch.

Invested in the game since she was a teen, Smith’s earliest years were spent at Tranmere Rovers, beginning in 1994, for a period of eight years. After rising to prominence on the world stage, Smith was sought after by the country’s biggest clubs and chose to sign with Leeds United in 2002, a move that saw her win the FA Women’s Premier League Cup in the 2009-2010 season. Although she has never officially announced her retirement, Smith has not played since 2016 when she was signed to the Doncaster Rovers Belles.

Throughout her illustrious career, Smith has maintained a presence in the media acting as a pundit and commentator, an area of the industry she focuses much of her attention on now. Appearing as a co-presenter on EFL highlights show ‘Quest’, as a pundit on BBC Sport and featuring as an expert on SkySports News. Furthermore, Smith also writes regular columns for the Yorkshire Post in the sports category, proving her authority as a former Lioness. A revered figure of women’s football, Smith is one of the best sports speakers on the circuit, offering an entertaining after dinner talk on her career with England and qualities required to reach peak performance.

Contact the Champions Speakers agency to book Sue Smith for your event today. Simply call a booking agent on 0207 1010 553 or email us at agent@championsukplc.com for a free quote.

When she's at corporate events, Sue is known to cover the following topics:

See what people had to say about Sue when she appeared at their event:

"The event was very well received and Sue was very good. She engaged particularly well with the other panel members and provided great insight into the development and future of the game" -Gary, Kings Chambers 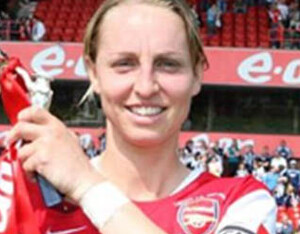 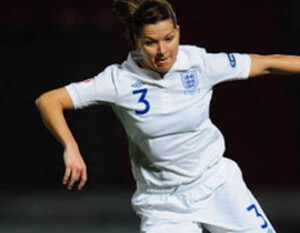 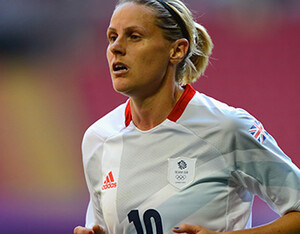 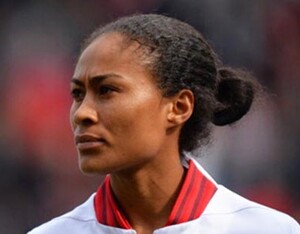