Ronni Ancona is an extremely talented actress, impressionist and author. She initially became well-known by the public due to her appearance in the BAFTA award-winning show The Big Impression. An award-winning comedian, Ancona has featured on some of the biggest television channels in the world and continues to fill our screens with incredible humour and energy.

She won her first award in 1993 when she was named the best new act in the Time Out Hackney Empire New Act of the Year. Ancona gripped audiences from early on in her career, her ability to make audiences laugh hysterically was second to none and she soon found herself appearing on shows on BBC One. She first appeared on BBC One when she played Barbara in Gideon's Daughter.

Throughout her career, Ancona has appeared on some of the British publics favourite shows, she was a guest presenter on Have I Got News For You. She's appeared on QI on six occasions which is a celebrity panel show and one of the BBC's longest-serving panel shows. As a speaker, Ancona often discusses appearing on these shows and how to deal with being under the spotlight.

Ancona appeared in the fourth series of popular series Skins where she played Kate and Emily Fitch' mother. As well as a number of comedy shows, Ronni Ancona has also featured on The One Show on two separate occasions. A perfectly well-rounded individual with an array of talents, Ancona provides the most gripping after dinner speeches and uses all of her skills and expertise to ensure her audiences have the best time possible.

In 20011, Ancona appeared on two ITV shows. She appeared on Midsomer Murders and Loose Women where her personality and expertise shone through. Now spending a lot of time as an event host, Ancona captivates her audiences wherever she goes. Her humour and comedy skills shine through during the events and she touches on a number of important subjects such as dealing with pressure and being under the spotlight.

Contact the Champions Speakers agency to book Ronni Ancona for your event today. Simply call a booking agent on 0207 1010 553 or email us at agent@championsukplc.com for a free quote.

When at corporate events, Ancona is known to discuss the following topics: 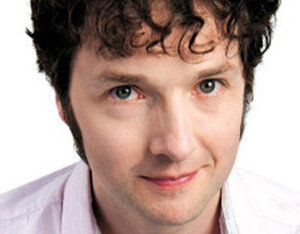