Film, television and stage actor Robert Powell is known by many for his award winning performances in the cult films Tommy (1975) and Harlequin (1980) and the television series Jesus of Nazareth. Born in Salford, in 1944 Powell originally attended Manchester University where he studied Law, however following an audition for a student play he was encouraged by the director and others to take up acting and he soon moved to Stoke-on-Trent where he began to study the craft.

Moving to London in 1964 Powell made his first appearance as a movie actor in 1969 in the film Walk a Crooked Line, followed soon by the infamous British cult classic The Italian Job where he starred alongside Oscar winning actor Michael Caine. Powell secured his first leading role in the television series Doomwatch, where he would only stay for a year but that would quickly become a cult hit, making him an instant favourite amongst fans. Robert Powell has continued to have a prolific and successful television career from this point and continues to appear on British television more than three decades after his first appearance.

More recently Powell has appeared as an actor in Agatha Christie’s Miss Marple, the BBC medical drama Holby City and the British miniseries the Bible where he was the sole narrator. Outside his work as a television actor Robert Powell has made a number of high profile appearances in live theatre including touring the UK in a rendition of Murder by Misadventure.

Alongside his work as an actor Robert Powell is also well known for his work as a voice over artist and has provided the narration and voice overs for a number of British documentaries. As well as his numerous achievements as an actor Robert Powell is actively involved in a number of charities and in 2001 took part in the BT Challenge, the toughest yacht race around the world alongside his wife.

Contact the Champions Speakers agency to book Robert Powell for your event today. Simply call a booking agent on 0207 1010 553 or email us at agent@championsukplc.com for a free quote. 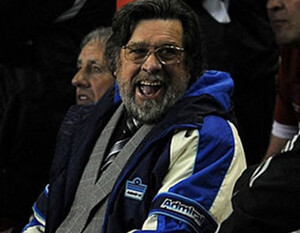